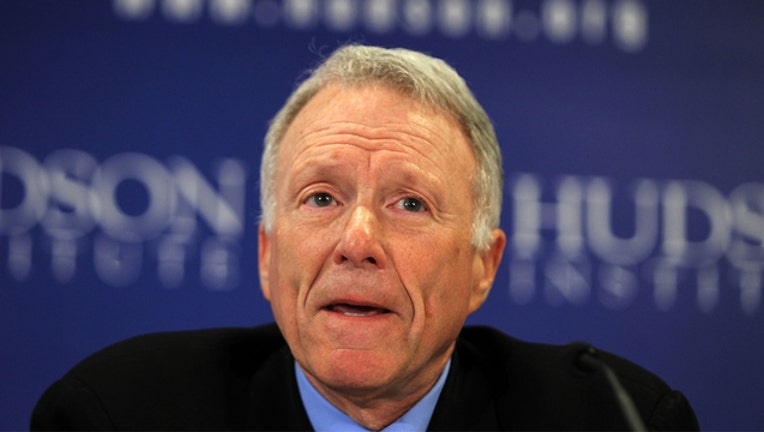 WASHINGTON - (AP) -- President Donald Trump issued a pardon Friday to I. Lewis "Scooter" Libby, suggesting the former top aide to Vice President Dick Cheney had been "treated unfairly" by a special counsel. The pardon comes at a moment when the president faces an escalating special counsel investigation of his own.

White House spokeswoman Sarah Huckabee Sanders insisted the pardon was not intended to send a message to the special counsel investigating Russian meddling in the 2016 election, saying, "One thing has nothing to do with the other." But critics noted the timing, coming as Trump fumes over Robert Mueller's probe, which he has dubbed a "witch hunt."

Trump said in a statement that he didn't know Libby, "but for years I have heard that he has been treated unfairly."

Libby, Cheney's former chief of staff, was convicted in 2007 of lying to investigators and obstruction of justice following the 2003 leak of the covert identity of CIA officer Valerie Plame, though no one was ever charged for the leak. President George W. Bush later commuted Libby's 30-month prison sentence but didn't issue a pardon despite intense pressure from Cheney.

In a statement, Libby thanked Trump, saying his family has "suffered under the weight of a terrible injustice." He said Trump "recognized this wrong and would not let it persist. For this honorable act, we shall forever be grateful."

Pardons are not a finding of innocence, but they do restore the civil rights that are normally lost because of a criminal conviction. The White House said that a witness against Libby later changed her version of events and that Libby had a decade of public service and an "unblemished" record since. He had been disbarred but was reinstated by the District of Columbia Court of Appeals in 2016.

Conservatives have rallied around Libby's case, arguing he was the victim of an overly zealous and politically motivated prosecution by a special counsel. In a twist, the special counsel in Libby's case, Patrick Fitzgerald, was appointed by James Comey, deputy attorney general at the time. Comey later became head of the FBI but was fired by Trump in 2017 and has since written a book highly critical of the president.

Libby's attorneys, Joseph diGenova and Victoria Toensing, issued a statement thanking Trump for "addressing a gross injustice" they said was inflicted by Fitzgerald and Comey. Toensing told the Associated Press that she submitted the pardon papers for Libby to the White House counsel's office last summer. She said the president called her midday Friday to deliver the news.

"He said, 'He got screwed,'" Toensing recalled.

Trump knows the attorneys and had sought to add them to his legal team in the Russian investigation, but it was determined diGenova and Toensing had conflicts of interest that would prevent them from joining.

A spokesman for Bush said the former president was "very pleased" for Libby and his family. Rep. Liz Cheney, a Montana Republican and daughter of the former vice president, said Libby was the victim of a "miscarriage of justice," and she thanked Trump for "righting a terrible wrong."

Critics questioned the timing of the pardon.

"It hasn't been done through the normal channels. He hasn't gone through the pardon office. And there's no particular reason to pardon Scooter Libby," Democratic Rep. Jerrold Nadler said earlier Friday, amid reports that a pardon was planned. "So one certainly suspects there's a message."

And Democratic Rep. Gerry Connolly of Virginia, the vice ranking member of the House Oversight and Government Reform Committee, said Trump "is sending a clear signal to others that he will reward obstruction of justice. This is a sad moment for our democracy and justice system."

In a statement, Plame said the argument that Libby had been treated unfairly was "simply false." She said that Libby had a fair trial and that "President's Trump's pardon is not based on the truth."

The pardon was the third for Trump. He granted one last year to former Arizona sheriff Joe Arpaio, who was awaiting sentencing for contempt of court. Trump also pardoned a U.S. Navy sailor who was convicted of taking photos of classified portions of a submarine.