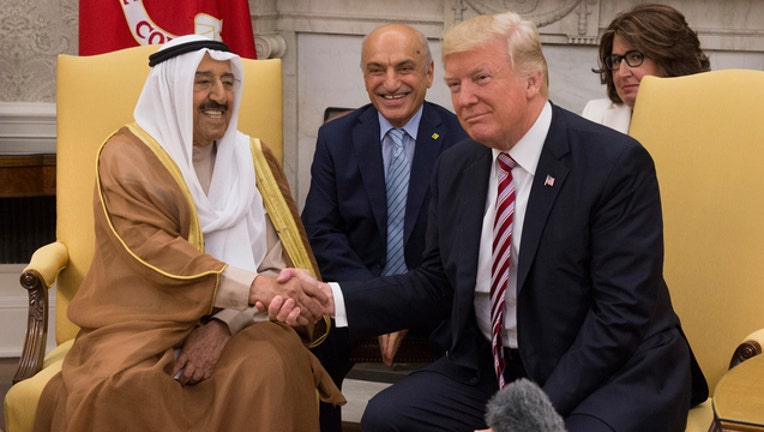 WASHINGTON - President Donald Trump has welcomed the leader of Kuwait to the White House, and is meeting with Sheikh Sabah Al Ahmad Al Sabah.

Trump says he will discuss the diplomatic crisis involving Qatar and its Arab neighbors. The president also says that the two have he calls a "great relationship."

Kuwait is a staunch American ally trying to mediate a festering diplomatic crisis involving Qatar and its Arab neighbors. That crisis could have implications for the U.S. military presence in the region.

The Kuwaiti leader is thanking the United States for standing with their country when Iraq's Saddam Hussein launched an invasion.

Trump has sent conflicting signals about where he stands on the dispute between Qatar and Saudi Arabia, the United Arab Emirates, Bahrain and Egypt. Trump initially appeared to side with Saudi Arabia, but then instructed Secretary of State Rex Tillerson to support the Kuwaiti mediation effort.