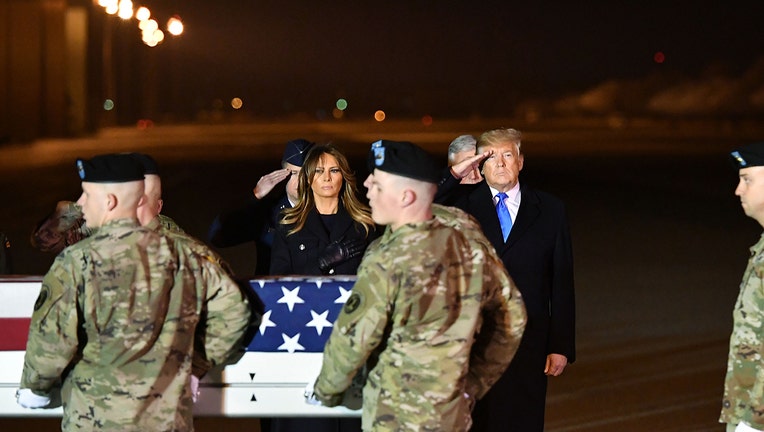 US President Donald Trump and First Lady Melania Trump pay their respects as the remains of Chief Warrant Officer 2 Kirk T. Fuchigami Jr. are carried during a dignified transfer at Dover Air Force Base in Dover, Delaware on November 21, 2019.

President Trump and first lady Melania Trump paid their respects Thursday evening to two U.S. Army officers who were killed this week in a helicopter crash in Afghanistan.

The Trumps and a small group of aides and military personnel bowed their heads in prayer, then saluted or held a hand over their heart as a U.S. Army carry team transported the coffins.

Trump has described witnessing the transfer of remains of fallen military personnel as “the toughest thing I have to do” as president.

Both Knadle, of Tarrant, Texas, and Fuchigami Jr., of Keaau, Hawaii, died Wednesday when their helicopter crashed as they provided air cover for ground troops in Logar Province in eastern Afghanistan. Both were assigned to Fort Hood, Texas. 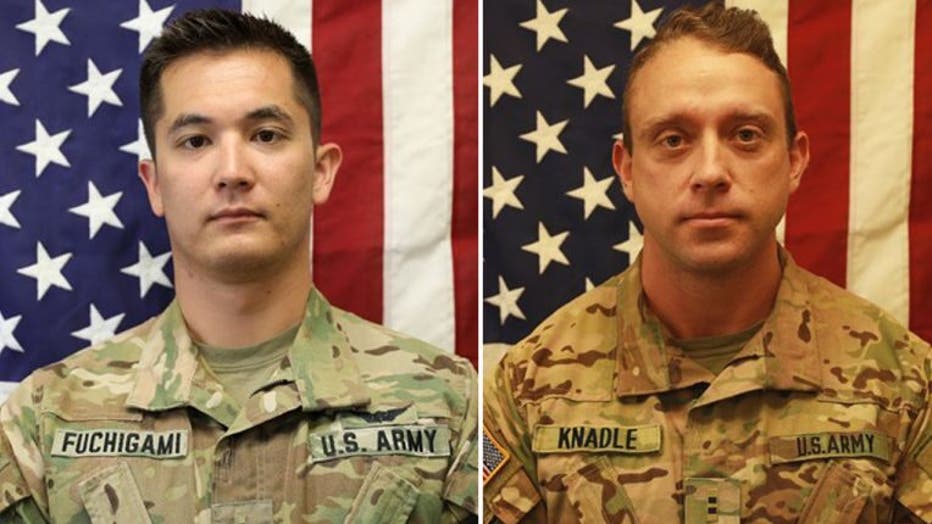 The crash brought this year’s U.S. death toll in Afghanistan to 19, excluding three noncombat deaths, The Associated Press reported. More than 2,400 Americans have died in Afghanistan since military operations began there in 2001.

The Taliban claimed responsibility for shooting down the helicopter, but the U.S. military has dismissed that as a false claim. The crash remains under investigation.

The trip to Dover was the president’s second this year and third overall since taking office. In January, Trump paid his respects to four Americans who were killed by a suicide bombing in Syria, and in February 2017, shortly after taking office, Trump attended a transfer service for a Navy SEAL who was killed during a raid against al-Qaeda in Yemen.