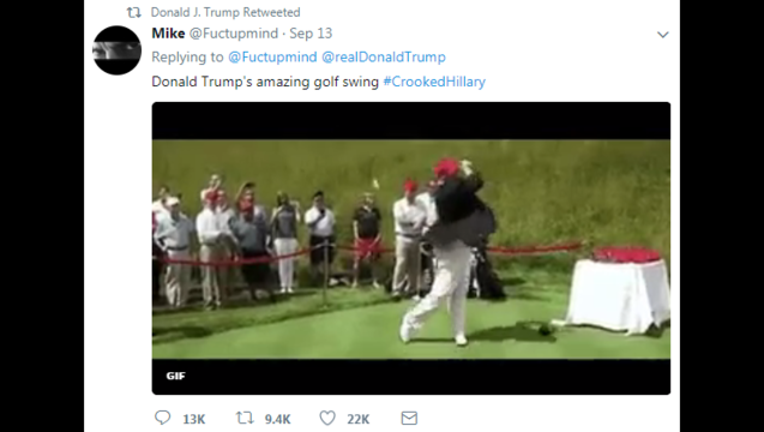 WASHINGTON (KTVU) - In yet another controversy surround the President's Twitter feed- President Trump is under fire for retweeting an edited GIF that shows him hitting Hillary Clinton in the back of the head with a golf ball.

Many people on social media have responded to the re-tweet, with some saying it is inappropriate.