TAMPA, Fla. - A pregnant woman was shot in the head while sleeping in a car with her husband and three young children last week. Now, she's expected to make a full recovery.

"I went to bed, and I woke up shot, and it's flabbergasting," Vivian Acker, the pregnant woman shot during the incident, said. "Our kids aren't gone, I'm not gone, my husband isn't gone, and he was sitting right next to me – that was God."

On the night of Tuesday, October 4, Vivian said she drove her husband, Demarian, and their three-year-old, four-year-old and nine-year-old to get pizza after finishing up working a door dash shift. They stopped in a parking lot near the MLK Center in West Tampa and used their clothes to cover the windows and try to get some sleep before the couple planned on taking their kids to school and getting back to work.

"We weren't consistently sleeping in the car, but we were always trying to make us as comfortable as we could," Vivian added. "Things are really expensive here, and the two of us working to pay for lodging was how we made do." 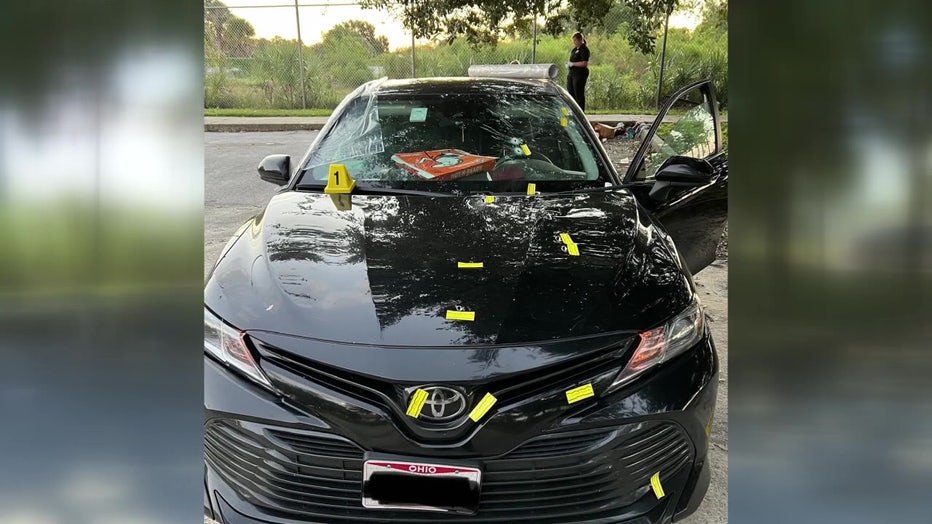 Early the next morning, Demarian woke up to the sound of gunshots.

"I grabbed everybody down to the floor and when I did, I started asking everyone if they were alright and my wife didn't say anything," Demarian recalled.

"I started to process that there was blood all over me – my daughter was screaming, and she immediately was like ‘God please save my mommy,’" Vivian added.

The kids are now with family outside of Tampa, and Vivian and Demarian were able to speak to them for the first time since it happened on Monday. Their nine-year old was still shaken up after witnessing everything.

"This wasn't your fault baby girl, we were in the wrong place at the wrong time," Demarian said to his oldest daughter. "We can heal, from whatever happened to us physically, but mentally we've already been through a lot." 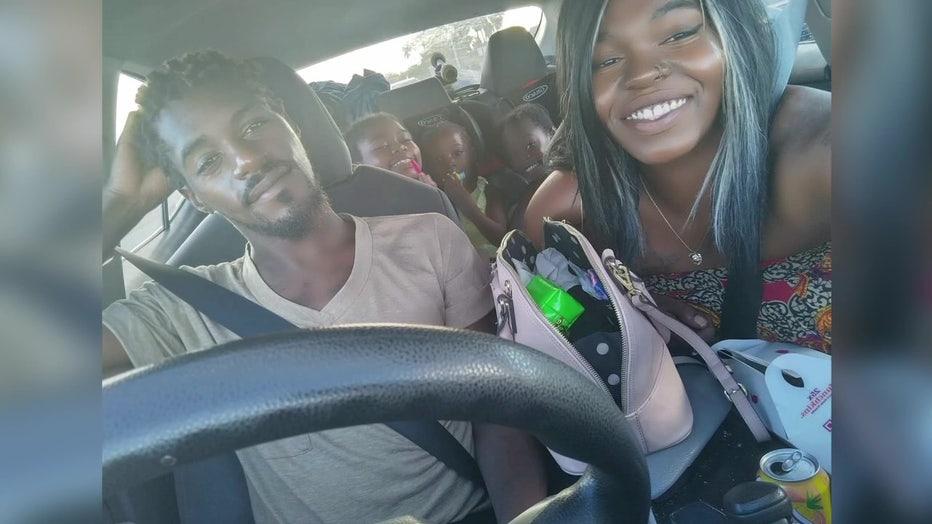 "I was upset when I saw who it was. I'm eight years older than this guy, and I almost didn't make it to my 30th birthday because of him," Vivian said.

Vivian and Demarian didn't know him, but said they forgive him. She's now gearing up for surgery to remove the bullet and helping her family heal.

READ: Military couple relocating loses everything in overnight theft: ‘We are devastated’

"Peace came over me, because now he can't do this to anyone else," Vivian said. "Forgiveness is going to overpower anger."

Demarian said he's planning on utilizing local resources to get him and his family permanent housing. Vivian plans on using this experience to speak out against gun violence when she's fully recovered.

Their loved ones also set up a GoFundMe: