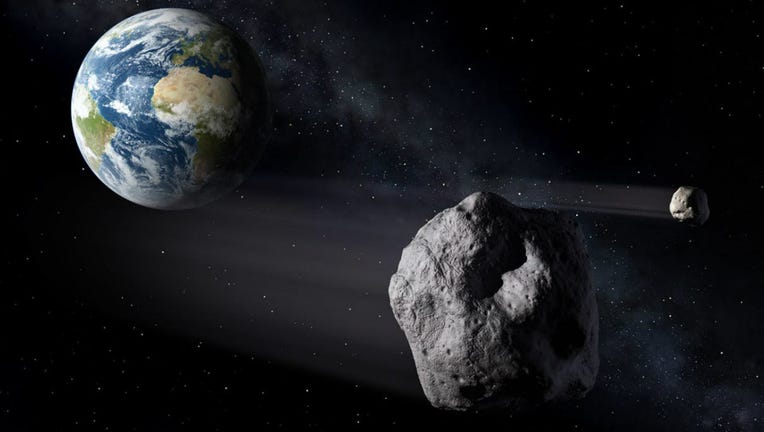 An asteroid wider than two professional football fields is set to fly safely past Earth on Sept. 14, according to NASA's Center for Near-Earth Object Studies.

The space rock, known as asteroid 2020 QL2, is more than 120 meters (393 feet) in diameter, the government agency notes. It is expected to fly past Earth at a speed of nearly 24,000 mph and come within a distance of 4.2 million miles.

Asteroid 2020 QL2 is considered "potentially hazardous" by NASA, given its size and close proximity to Earth, although it has almost no chance of hitting the planet next week.

MORE NEWS: The universe will end in this way, at this time, researcher says

"Potentially hazardous" NEOs are defined as space objects that come within 0.05 astronomical units (4.6 million miles) and measure more than 460 feet in diameter, according to NASA. According to a 2018 report put together by Planetary.org, there are more than 18,000 NEOs.

In August, a basketball court-sized asteroid flew "at least" 45,000 miles away from Earth, according to NASA's Asteroid Watch.

Separately in August, an asteroid the size of a pickup truck flew within 2,000 miles of Earth, the closest ever recorded. It was missed by NASA until after it flew past the planet.

NASA unveiled a 20-page plan in 2018 that details the steps the U.S. should take to be better prepared for NEOs, such as asteroids and comets that come within 30 million miles of the planet.

A recent survey showed that Americans prefer a space program that focuses on potential asteroid impacts over sending humans back to the moon or to Mars.

NASA Administrator Jim Bridenstine said in April 2019 that an asteroid strike is not something to be taken lightly and is perhaps Earth's biggest threat.