A popular chef of two restaurants in Orlando, is being remembered, after he was killed in a motorcycle crash. Now workers and customers are trying to help his family.

ORLANDO, Fla. - A popular chef of two restaurants in Orlando is being remembered after he died in a motorcycle crash. Now those customers he helped serve are trying to help his family.

Behind the kitchen, the crew that helped bring those menus to life are mourning his loss.

Polk County deputies said the 35-year-old chef was riding his motorcycle along Highway 27 last week when he crashed into another car and was killed. He was on his way to visit his family, but never made it, according to family and friends.

"I couldn’t keep myself together. A bunch of emotions flowed through me," said Chef Tyler Inthavongsa. 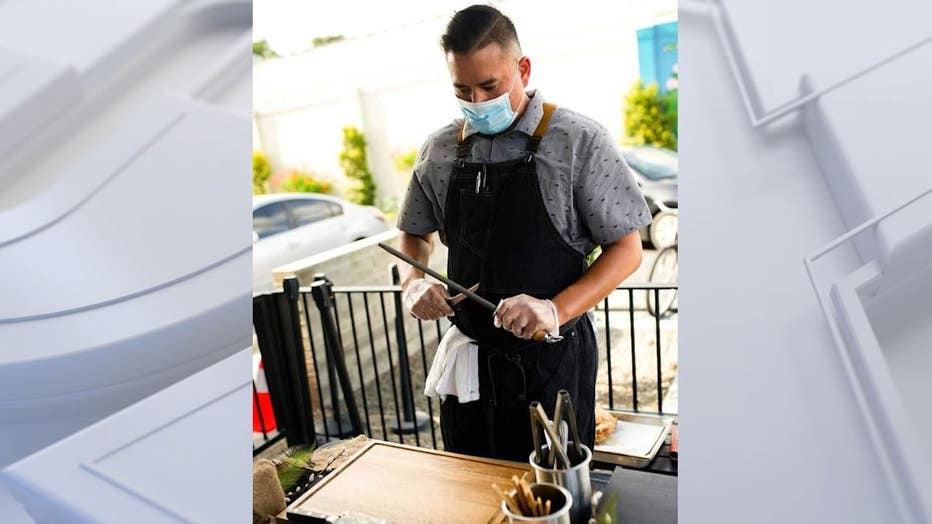 The two chefs would see Foss every day, and referred to themselves as the "three musketeers."

They’re heartbroken over the loss of their friend.

"He’d stop what he was doing and make everyone food. He was such a genuine person. He was all about making everyone happy," said chef Lorenzo.

They said it's their turn to prepare something for their friend, which is why they've created a GoFundMe page to raise money for his funeral and to continue supporting his family.

Foss' daughter, Annabella, and her mother are understandably heartbroken.

"I think those are nice people because most people don’t care," the mom said.

"He was the best dad ever," Annabella said.

His friends said Foss' laugh was loud and contagious, something they will long remember.