A Georgia deputy police chief who was arrested last week for soliciting a prostitute during a sting operation in Polk County was in town for a polygraph seminar, Sheriff Grady Judd said. Prior to his arrest, he told undercover detectives that he had been conned out of $200 by a prostitute the night before.

WINTER HAVEN, Fla. - A Georgia deputy police chief who was arrested last week for soliciting a prostitute in Polk County was in town for a polygraph seminar, investigators said.

The day before, DiPrima had initiated contact with an undercover detective, but later said he "got spooked," and asked to see her the next night, Judd said.

On Thursday, DiPrima agreed to pay $120 for a half-hour of "full-service" sex upon meeting up at an undisclosed location, according to the sheriff's office.

After he gave the undercover detective $180 along with a multi-pack of White Claw hard seltzer, detectives arrested DiPrima.

Prior to the takedown, Judd said DiPrima had told the undercover detective that the previous night, he had talked with another prostitute online. That person instructed him to put $200 on a CashApp card and take a picture of it, but once he did, the person took the information from the card and stole the money.

"This guy's a cop — and he was conned by a prostitute," the sheriff said.

DiPrima was in Orlando to attend an American Polygraph Association Seminar and Workshop, according to investigators. 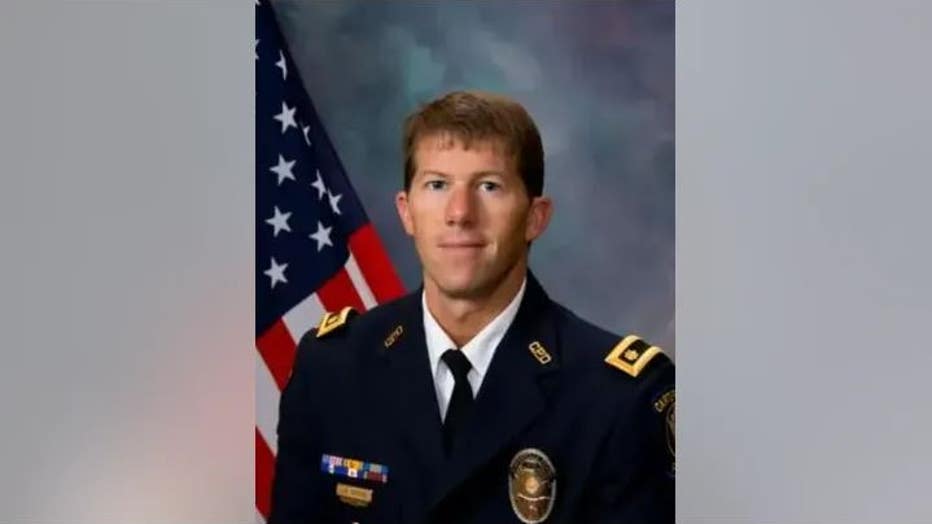 Judd said he showed up to the undercover sting in an unmarked police vehicle normally assigned to his police department's DEA task force.

"It embarrasses me for our industry anytime you see this, because the people have the right to expect better of us," the sheriff said. "He embarrassed our entire industry with his arrest."

DiPrima was arrested on charges of soliciting a prostitute and transported to the Polk County Jail. He was released two days later after paying a $500 bond.

His arrest was part of a week-long human trafficking undercover enforcement operation conducted by the Polk County Sheriff's Office and other law enforcement agencies. More information about the operation is set to be released on Friday.

The Cartersville Police Department said DiPrima has been placed on administrative leave, pending an internal investigation.