MULBERRY, Fla. - Polk deputies say they opened fire on two burglary suspects who allegedly tried to run the deputies over in the Mulberry area overnight.

According to the sheriff's office, Bowling Green police officers had interrupted an armed burglary in progress just after midnight. The suspects fled from the officers, who then asked for help from the Polk County Sheriff's Office.

When the deputies began to box in the suspects in the area of State Road 60 West and Prairie Industrial Parkway, Sheriff Grady Judd said the suspects drove onto the side roads and turned their lights off. 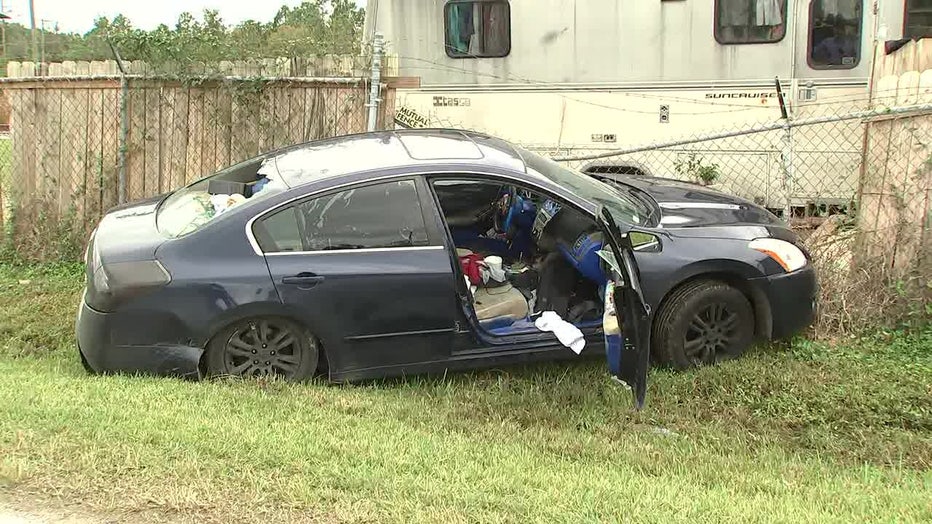 When they realized they couldn't get back out, Judd said they drove onto the railroad track in an effort to escape while the deputies tried to throw stop sticks out to disable their vehicle.

"We don't stand directly in front of vehicles, we teach and coach every day: stand out of the way," Judd said. "Vehicles are big, they're heavy, they're dangerous -- especially when they're driven by fools like this."

Judd then said Hilburn had the chance to drive out onto Highway 60 to flee. But instead, he turned back around. 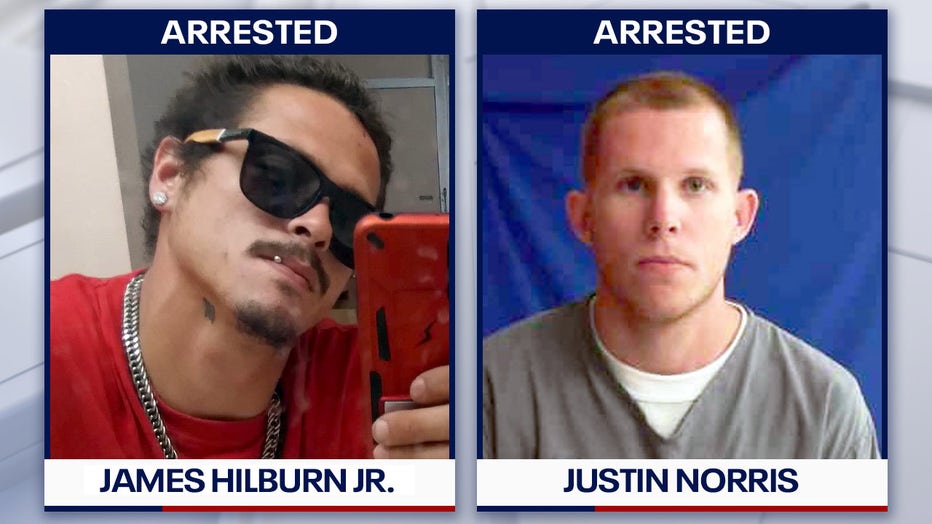 "He's already driven through here one time, he knows there's no way out. So why does he drive at our deputies? We can only surmise to kill the lieutenant and the other two deputies," the sheriff said.

That's when the deputies opened fire on the car, striking Hilburn in the face. His passenger, 25-year-old Justin Norris, was shot in the leg. 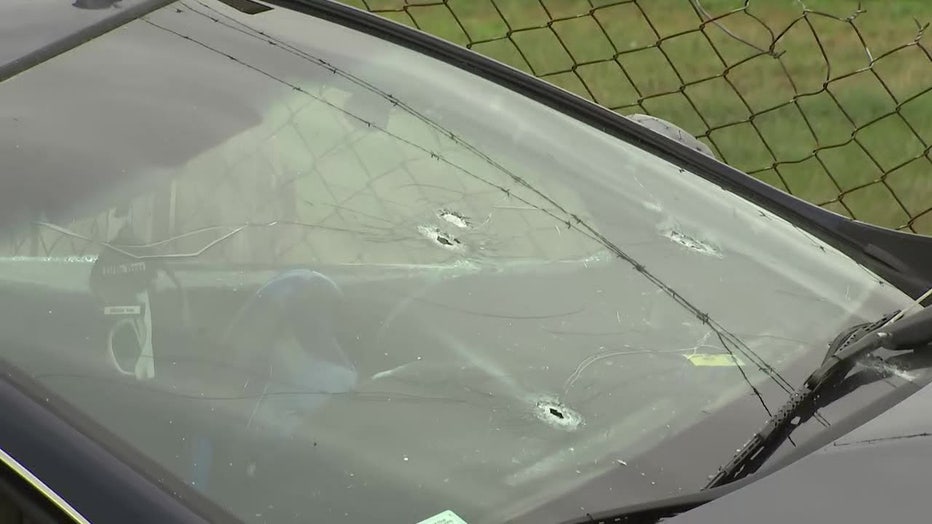 Once the vehicle came to a stop, deputies pulled both suspects from the car and performed first aid until paramedics arrived.

Hilburn is in a medically induced coma and is in stable but critical condition. Judd said he is expected to recover but has significant injuries.

Norris was treated and released from a local hospital and is being booked in the Polk County Jail.

Norris, who is from Dover, has an out-of-county warrant for failure to appear for burglary. The sheriff's office said he spent three years and nine months in prison, and has 28 previous felony charges.