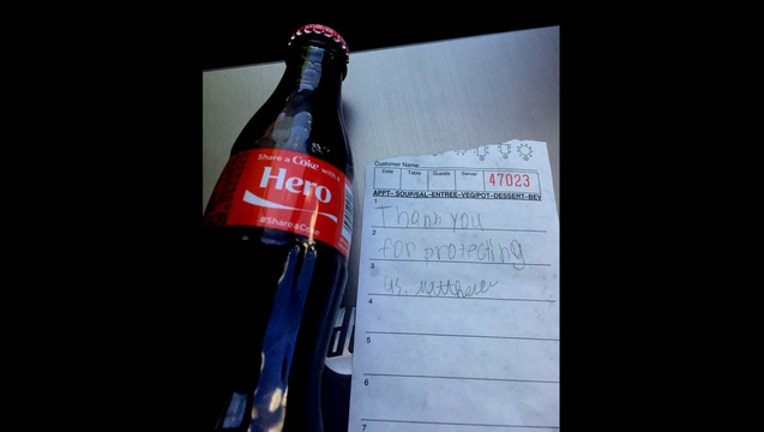 LAKELAND (FOX 13) - Officers around the country have reported outpourings of support from the citizens they serve in the wake of an attack on officers at a Black Lives Matter protest in Dallas.

In Polk County, a sheriff's deputy was on the receiving end of some good will three times in one day on Friday.

Deputy Sheriff Dennis Jones said he and a trainee were following up on a 911 hang-up call that came from the Home Depot in Lakeland when a man came up and handed him a glass Coca-Cola bottle with the word "Hero" printed on the front.

Deputy Jones said the man told him, "In these tough times, just remember that you’re still a hero that just gets a little less appreciation."

Deputy Jones said the man left before he could get his name.

Jones and his trainee said after leaving Home Depot, they went to lunch at Sonny's on South Florida Ave. and, while at their table, were handed a handwritten note from a child.

The note said, "Thank you for protecting us. Matthew."

And as they were going to pay for their lunch, Jones said they were told their food was paid for by an anonymous person.

In a post on the Polk County Sheriff's Office Facebook page, Jones said, "I did not even get the chance to say more than "Thank you" to but one individual out of the three who showed tremendous gratitude. I really wish I had the opportunity to see the gentleman who gave me the Coke one more time and shake his hand, to say "thank you" to the anonymous person who paid for my lunch, and especially to Matthew who took two minutes out of his day to write that awesome note to me, which made my day.

"All of these acts occurred within the same 60 minute time frame. Polk County residents are so grateful and I couldn’t be any more proud to serve this county. If it is possible express my sincere thanks on Facebook or any other way I’d be extremely grateful." 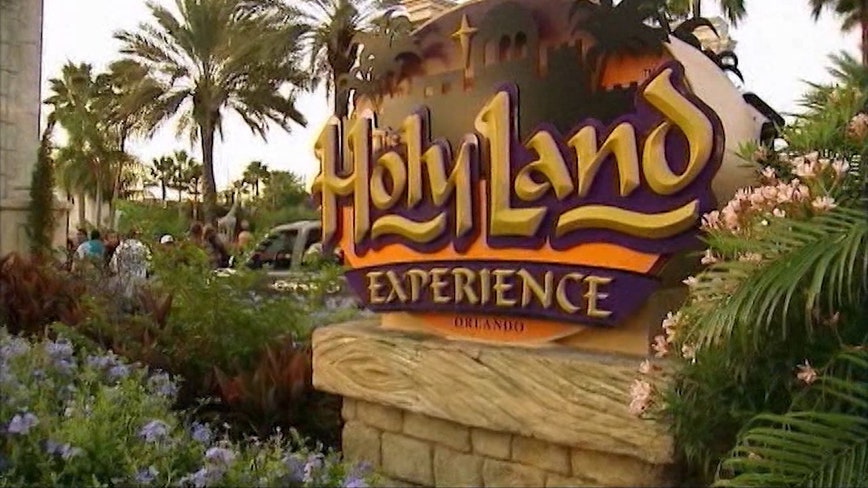