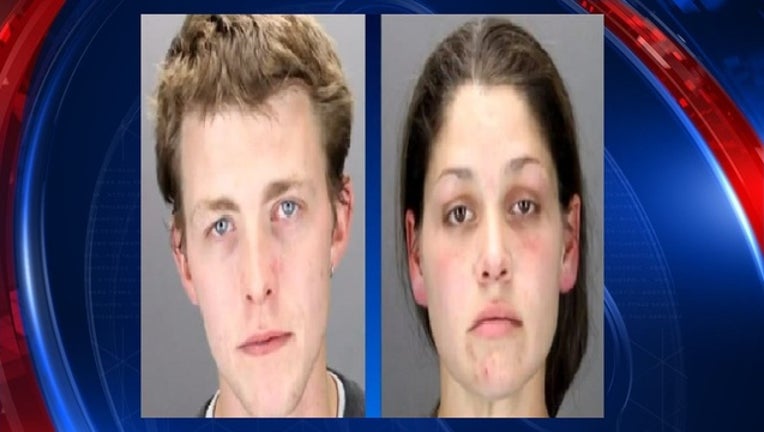 LAWRENCE, Mass. (AP) - Police say a Vermont couple that drove three hours to buy drugs were found passed out in a car with their 1-year-old son and 9-month-old baby inside last week in Massachusetts.

Twenty-seven-year-old Jacob Davis and 32-year-old Tamara Bruce were arraigned on Monday on charges of reckless child endangerment. NECN reports Davis faces a charge of operating under the influence of drugs. It's unclear if they have attorneys.

Police tell The Eagle-Tribune a passer-by thought Davis and Bruce, of Manchester Center, Vermont, were both dead when he saw them in their parked car in Lawrence on Friday night.

Police say Davis had his seatbelt strapped around his arm and was leaning into the steering wheel.

The children were taken to a hospital and then into state custody.