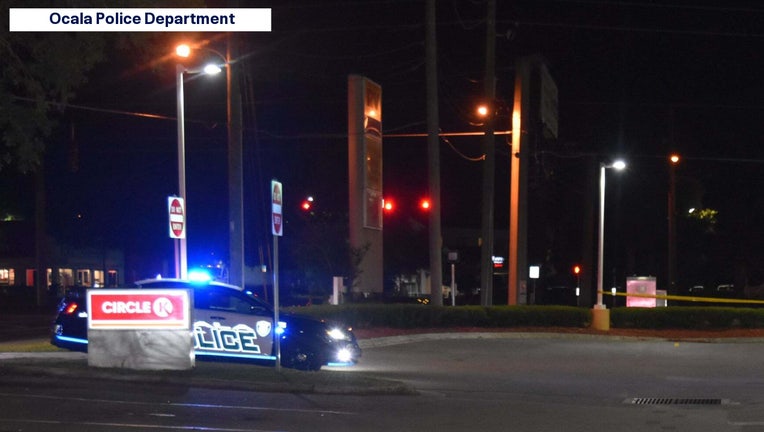 A 28-year-old was shot in the face after two groups of people began shooting at early other on May 4 outside a Waffle House in Ocala, Florida. Photo credit: Ocala Police Department.

OCALA, Fla. - An innocent person was shot in the face outside a Waffle House in Ocala, Florida early Wednesday after two groups began shooting at each other, according to the Ocala Police Department.

The shooting was reported around 2:30 p.m. at the Waffle House at 3871 SW College Road. Police said two groups of people were gathered outside the restaurant when both groups began shooting at each other.

A 28-year-old was shot in the cheek and taken by bystanders to the hospital, police said. That person's injuries are considered to be non-life-threatening.

By the time police arrived at the restaurant, both groups had already left the area. Detectives are "actively investigating" the shooting, police said. Anyone with information is asked to call the Ocala Police Department or Crime Stoppers of Marion County at 352-368-STOP (7867) to remain anonymous.