The man allegedly shot at a Leesburg police officer, who returned fire at him.

LEESBURG, Fla. - A man accused of shooting at a Leesburg police officer is being held at the Lake County Jail without bond.

Leesburg Police said that Donaven Owens, 20, attempted to kill one of their officers when he shot at him Tuesday afternoon.

FOX 35 obtained surveillance video from a home along the street when the shooting happened. It appears to show some of the confrontation. Police said that Owens shot at officer Mark Johnson. The officer shot back. Neither was hit by a bullet but the officer did hit his head when he fell to the ground. The suspect ran off but was caught later.

Business owners in the area are still shocked by what happened.

“That’s a hard pill to swallow that it happened behind my store,” Discount Mattress FL owner Eric West said. “It kind of makes me a little worried about the neighborhood.”

According to Owens’ arrest report, police were called there in the first place by the 911 caller who said Owens had pulled a gun on him. The caller told police he allegedly saw Owens “looking suspiciously” at cars and homes in the area. 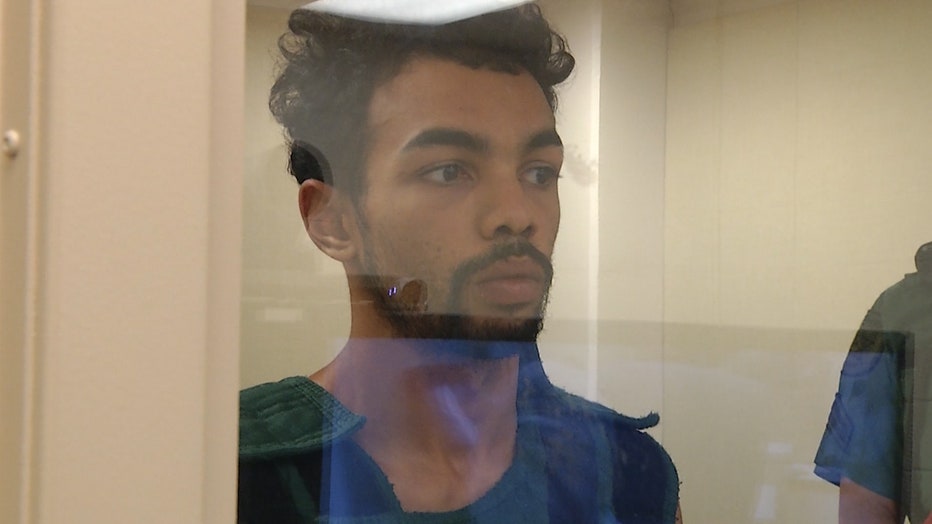 The officer who fell on the scene suffered a concussion but is recovering at home now.

“I still have faith in my town, but bad things happen,” West said. “Got to keep going.”

The suspect is facing very serious charges, including first degree attempted murder of a law enforcement officer and aggravated assault.

He is being held without bond at the Lake County Jail.