A woman accused of kidnapping her son faces numerous charges. Police say Sugey Mari Perez Diaz and a male accomplice forced their way into her ex-boyfriend’s home, putting a gun to the head of his new wife.

ORLANDO, Fla. - An Orlando mother is behind bars and facing some serious charges after allegedly kidnapping her own two-year-old son at gunpoint on Tuesday night, prompting an Amber Alert.

For 14 agonizing hours, the family of Jenzell Cintron Perez didn't know where the boy was or if he was safe. Jenzell and his biological mother, 33-year-old Sugey Perez Diaz, were found Wednesday in DeLand.

Police say the toddler was kidnapped from his dad’s home in Orlando late Tuesday night. Investigators say Diaz and another man kicked in the door and held the child's stepmother at gunpoint, demanding she hand over Jenzell. 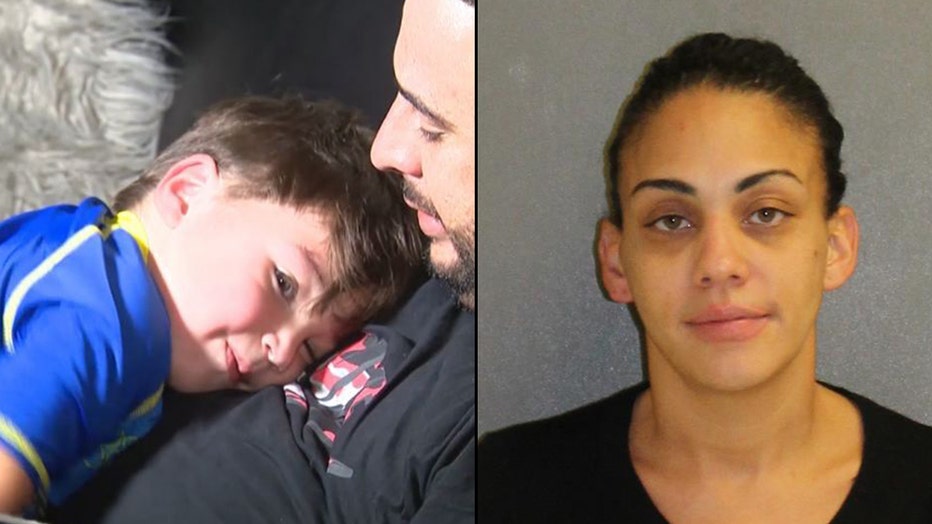 Officials issued a statewide Amber Alert for the boy who was last seen in a diaper.  Jenzell's stepmother, Stephanie Maldonado, tells The News Station that officers found Jenzell in rough shape.

"It’s the longest day I ever had in my life, but thank God Jenzell is safe and sound."

Perez Diaz made her first appearance before a judge on Thursday afternoon.

“Aggravated assault with a firearm, the bond is $7,500,” said Judge Judy Campbell.

Judge Campbell ruled that Perez Diaz will be held without bond until she is extradited to Orange County where investigators say the crime occurred.

The Florida Department of Law Enforcement said, at some point during this crime, Perez Diaz and her accomplice also grabbed nearly $15,000 worth of electronics and jewelry.  The U.S. Marshals Service and DeLand police officers tracked the pair down and arrested her at an apartment complex.  The Florida Department of Children and Families returned Jenzell to his father and stepmother on Wednesday night.

Orlando Police have not yet released the name of Perez Diaz’s accomplice and have not yet said if or when that person will be charged.

Police records show Jenzell’s biological mother lost custody of the boy last December when she was arrested for carrying a concealed weapon and drug charges.
She is now facing charges of armed burglary and aggravated assault.