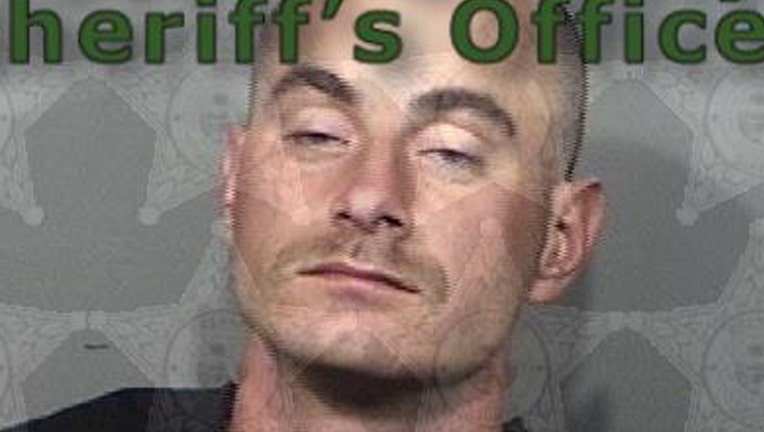 TITUSVILLE, Fla. - A man was arrested after trespassing onto the property of a Florida school, where he was found not wearing pants and with a gun, police said.

Police said that a school security employee noticed Edward sitting on the property and approached him. Edward was said to not be wearing any pants. He was also observed to have a pistol between his legs.

Edward was told he was not allowed to be on school grounds and needed to leave, they said. However, he then appeared to "rack" the pistol and put it in his bag before leaving.

The officer reportedly described Edward as angry but could not understand what he was saying as he walked off. Police were provided a description of him and the firearm.

Police said that officers soon arrived at the scene and found Edward behind a gas station on North Washington Avenue. The school security employee confirmed that it was the same person so the police approached him and told him to get on the ground.

Edward refused to get on the ground though and was tased, the law enforcement report said. He was also told to put his hands behind his back but refused to do that too.

Eventually, they said that Edwards was arrested and secured. He is charged with Improper Exhibition of a Firearm on School Property, Trespass on School Grounds with a Firearm, and Resisting Law Enforcement without Violence.