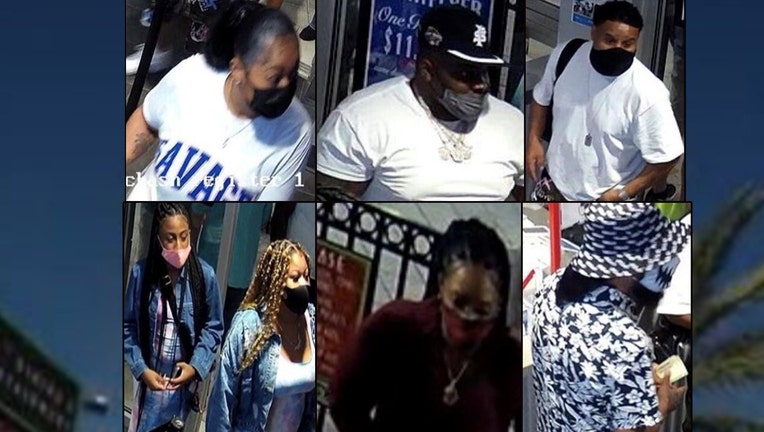 ORLANDO, Fla. - The Orange County Sheriff's Office is investigating after they said two women were attacked while in line at the Starflyer attraction on International Drive.

Deputies responded to the Orlando attraction on March 26 around 10 p.m. in reference to a fight that they said led to a strong-arm robbery.

According to officials, two women, ages 23 and 30, were standing in line waiting for the ride.

"The suspects proceeded to yell at the victims and stated they were in front of the line," the sheriff's office told FOX 35 News.

A physical altercation broke out and during the fight, the suspects took some of the victim’s items, deputies said. The suspects are described as 3 black males and 4 black females.

There were no weapons involved.

The sheriff's office is asking anyone with information to call 800-423-TIPS. Callers could be eligible for a $1,000 reward.