Police: Arrest made in vandalism of Pulse memorial

The Orlando Police Department's Arson/Bomb Squad announced on Tuesday an arrest in the case of a small fire set at the Pulse memorial.

ORLANDO, Fla. - A man was arrested in the case of arson at the OnePULSE Memorial in Orlando.

The arrest comes about one month after surveillance cameras caught a banner at the memorial going up in flames.

Over the weekend, the OnePULSE Foundation posted a surveillance video on Facebook from October 12. You can see a man rolling up to the memorial in a wheelchair and setting fire to a banner. The man was recognized and identified as 64-year-old Mark Henson on Tuesday and arrested.

The OnePULSE Foundation is looking for a person who vandalized the memorial outside the former club. The organization posted surveillance video on Facebook of the memorial from Oct. 12. In the post, officials said at around 8:30 p.m., a person in a wheelchair rolled up to a section of the memorial and set it on fire.

Henson is expected to be in court on Wednesday for his first appearance. He has been charged with criminal mischief.

Some of the damage he caused can still be seen at the memorial.

On Tuesday, FOX 35 spoke to the manager of the Dunkin' restaurant next door.

He said on the night of the fire, he smelled and saw it. He acted quick, grabbing a bucket of water, running over, and putting the fire out. 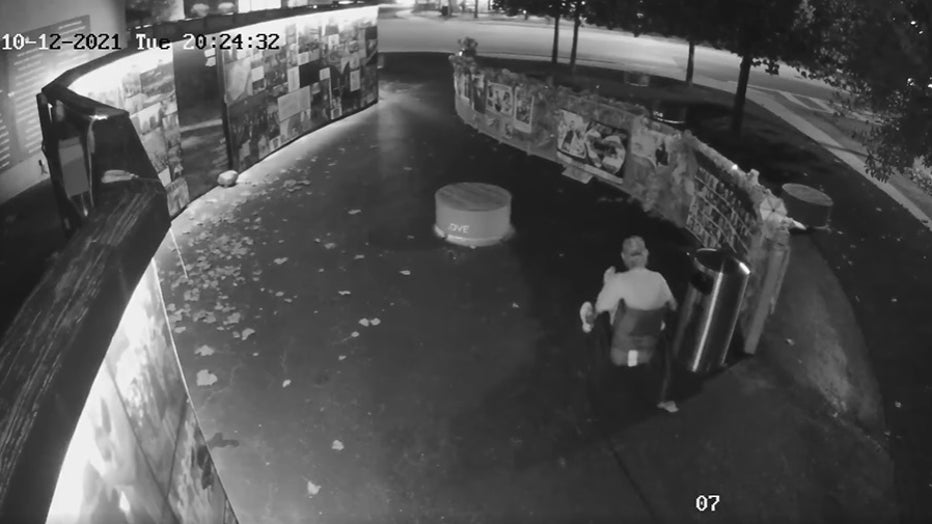 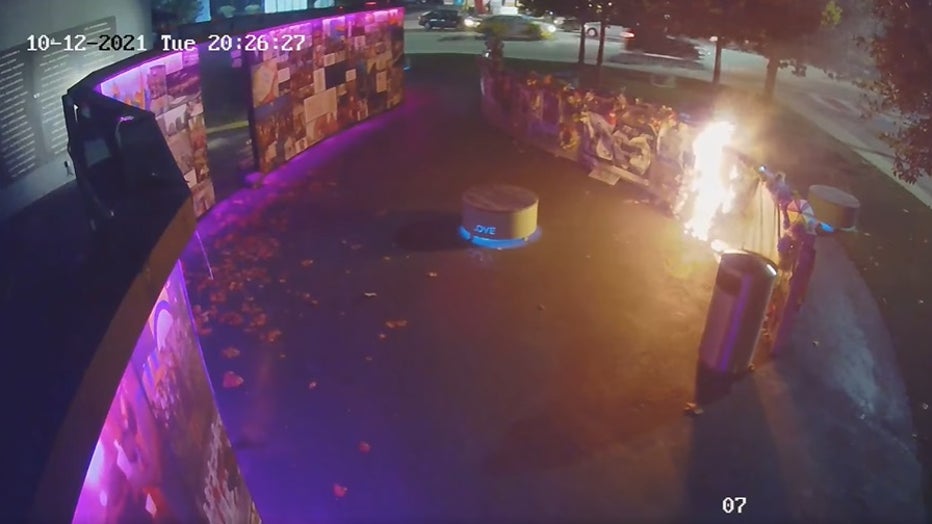 "I thought maybe it was a candle because you'll see candles. People bring candles and I thought maybe the wind was blowing it and got ahold of it. Then come to find out, somebody had set it and that was really unbelievable," Gary Prettyman said.

FOX 35 also spoke to a Pulse survivor who identified Henson to police.

"It’s to set an example that you can’t do things like this anywhere, anybody’s home, anywhere, and especially this is sacred ground. We’ve already suffered throughout the years and we don’t need more suffering for someone to come showing hate," said Orlando Torres.

Police: Man arrested after arson at Pulse memorial in Orlando

The arrest comes about one month after surveillance cameras caught a banner at the memorial going up in flames.

The OnePULSE Foundation released a statement after Henson's arrest, saying "OnePULSE Foundation is grateful to the Orlando Fire Department’s Arson and Bomb Squad for today’s arrest. As always, we are so appreciative of all of the first responders who work to keep our community safe."

Thankfully, no one was hurt in the fire but several banners were burned.