Orlando police officers said a suspected home intruder was shot after breaking into a house where a child was alone.

ORLANDO, Fla. - Orlando police officers said a suspected home intruder was shot after breaking into a house where a teenager was alone.

Officers were called out to a home in Orlando's Lake Como neighborhood just before 6 p.m. in reference to a residential burglary.

Investigators said a 16-year-old girl hid inside a closet and called her mother to alert her of the intruder.  Neighbors also called 911 to report the suspicious person, described as a shirtless, white man in his 30s or 40s.  Witnesses told officers the man was "acting strange and had entered the home."

At some point, police said the girl's father – who was unaware of the events that were unfolding – arrived at the house to pick his daughter up for a week-long visit.  They said he confronted the intruder as officers were arriving on the scene.  Officers said they heard the shot and called for emergency assistance. 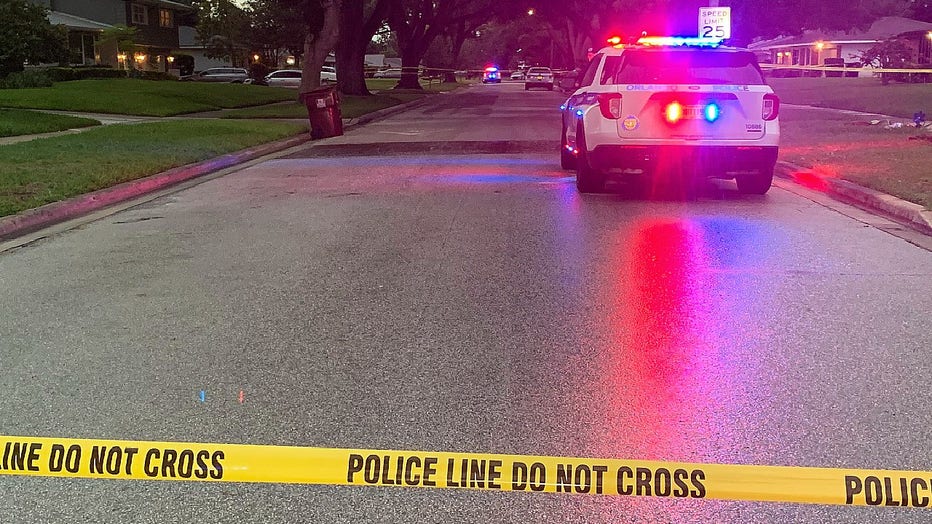 "I get here and the block is cordoned off and I found out that my ex-wife's boyfriend, they arrived here at the house and there was somebody in the house that broke down the door," explained  Robert Farrell, father of the teen. "He had no shirt on and he was barking and he was shot. My daughter is ok."

Officers briefly detained Farrell for questioning and rendered aid to the suspect who was transported to Orlando Regional Medical Center in stable condition with non-life-threatening injuries.