Ocoee police officer hurt in the line of duty

The suspect, who was driving a stolen car, was arrested, police said.

OCOEE, Fla. -  Two people have been arrested after a Florida officer was injured while pursuing a stolen vehicle, police reported.

According to the Ocoee Police Department, a police officer on Monday night spotted a stolen silver 2012 Audi at a convenience store on Silver Star Road. While approaching the vehicle, the officer observed a man run and enter the stolen vehicle. The officer reportedly positioned his patrol truck in front of the stolen vehicle, but the suspect accelerated directly at the officer and struck the police vehicle in the driver's door. The officer's hand was injured upon impact.

They said that the male suspect then fled eastbound on Silver Star Road in the stolen vehicle with a female passenger. Police were able to locate the vehicle but the suspect fled once again. Eventually, stop sticks were deployed and the vehicle was stopped on the entrance ramp of State Road 408. The driver and his passenger reportedly fled on foot until apprehended after a short foot pursuit. 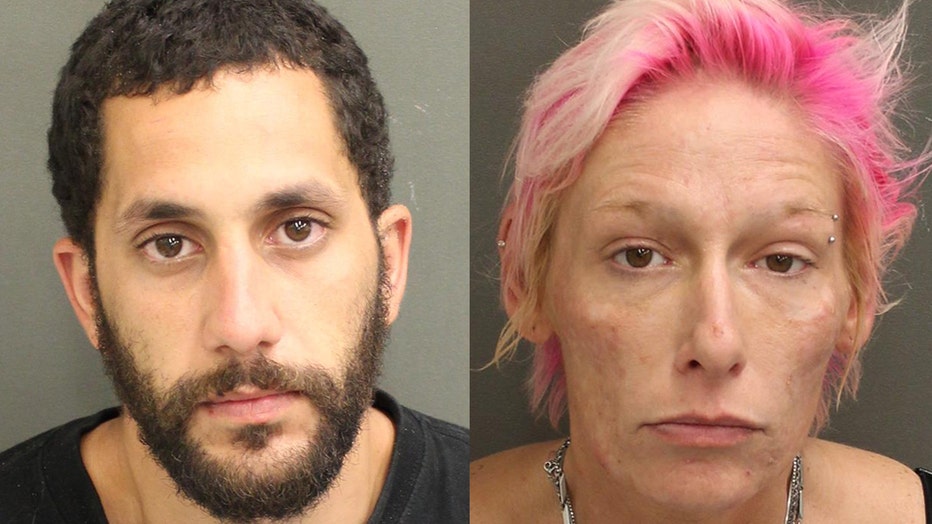 The suspect, identified as Gregorio Junior Salazar, will be charged with Attempted Aggravated Battery on a Law Enforcement Officer, Grand Theft Auto, and Fleeing and Eluding. More charges are pending. His female passenger, Nicole Leigh Blankenship will also be charged with Trespass in a Conveyance and Resisting Without Violence.