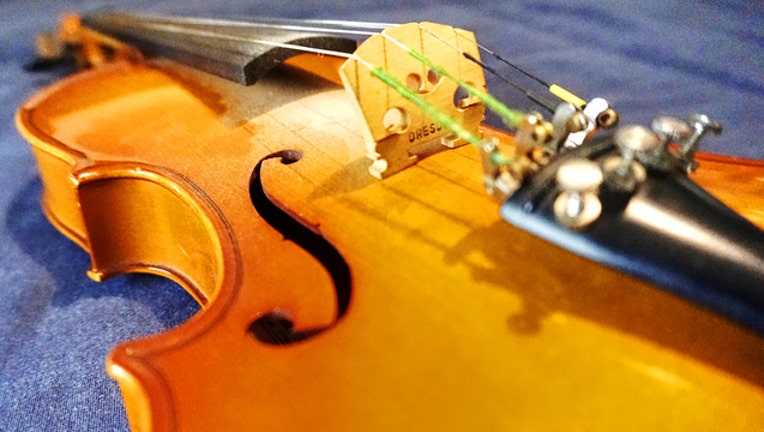 DECATUR, Ga. (AP) - A Georgia teacher told police he stole a 9-year-old student's violin because he needed money to pay for a $700 ticket.

According to an incident report, video showed 21-year-old Kalif Jones of Stone Mountain stealing the instrument from the cafeteria. It also showed the Brockett Elementary School teacher walking throughout the school with the violin case in hand before leaving with it.

The criminal investigation began in late November after the student came home without his instrument. Police arrested the DeKalb County teacher after he said he stole the violin because he had recently received a $700 ticket and needed money for it.

Jail records show he was charged with a count of misdemeanor theft Nov. 29. It's unclear if he has a lawyer.