Authorities say a boy who was kidnapped by his mother has been returned home. The toddler was taken from an Orlando apartment early Wednesday. Police say the boy's biological mother held the boy's stepmother at gunpoint and demanded she turn over the toddler.

ORLANDO, Fla. - The two-year-old boy who was the center of an Amber Alert on Wednesday has been reunited with his family.

The News Station was there as Jenzell Cintron Perez snuggled into his dad’s chest. Emotional family members surrounded them to take photos and video.

Police say the toddler was kidnapped from his dad’s home in Orlando Tuesday night. Investigators say the boy’s biological mother, Sugey Perez Diaz, held Maldonado at gunpoint and demanded she hand over Jenzell.

“It’s a horrible pain to go through,” Maldonado said.

Officials issued a statewide Amber Alert. The boy and his mom were discovered in Volusia County on Wednesday afternoon. 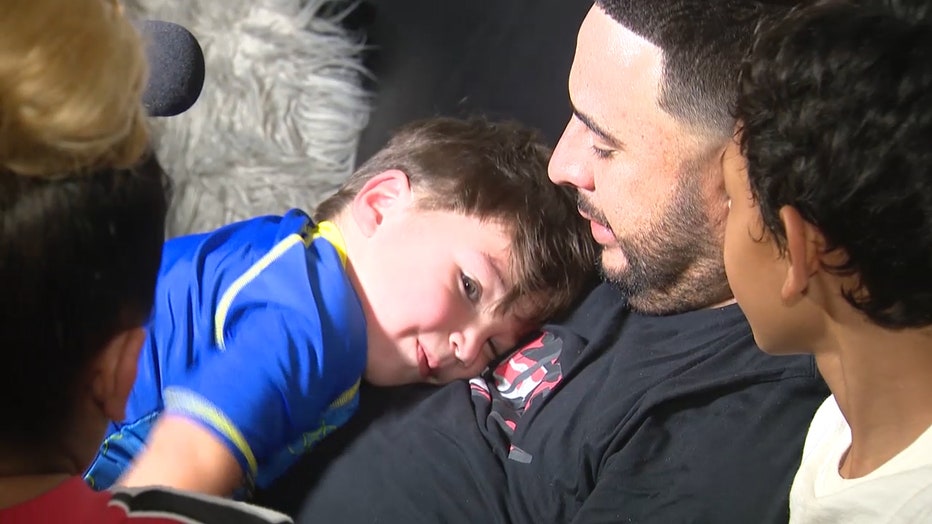 Perez Diaz was arrested and Jenzell was returned to his dad’s home.  The family says they can’t wait to snuggle with him and take him out for some fun activities after a nightmare 14 hours.

“Go to the beach, go to the pool, go to the go-karts, Fun Spot, Disney, Universal. Everywhere I can take him,” Maldonado said.