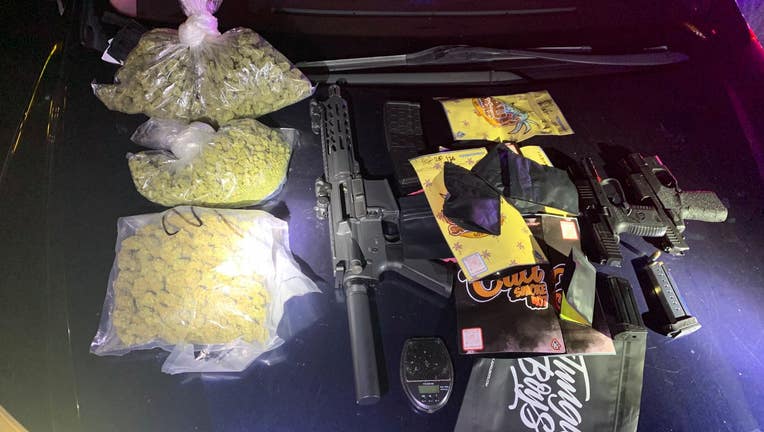 ORLANDO, Fla. - Belle Isle police said they found a "bunch of guns," including an AR-15, in the car of some suspected robbers.

According to police, Officer Gargano stopped a vehicle with 5 people inside for excessive speeding on McCoy Road in Orlando at 11:30 p.m. on Monday.

"Another vehicle pulled in right behind the officer. A man jumped out screaming that the people in the vehicle had just robbed him and they had a bunch of guns in the car," Belle Isle police said in a Facebook post.

Additional agencies were called to assist at the scene.

"The bad guys did have a bunch of guns including an AR-15."

Police arrested all 5 of the car's occupants, including a 16-year-old.