1 dead in shooting off Mercy Drive

Officers arrived at the Parkview subdivision just before 4 p.m., where they say a man was shot and killed in broad daylight, in what appears to be a drive-by shooting.

ORLANDO, Fla. - Homicide detectives with the Orlando Police Department are at the scene of a fatal shooting in a neighborhood just east of Mercy Drive and north of W. Colonial Drive.

Officers arrived at the Parkview subdivision where a man was discovered shot in a yard.  Investigators now have a residence on City Park Ave. blocked off with crime scene tape.

The shooting is reported to have been the result of a drive-by incident that happened just before 3 p.m.  The victim has not been identified and authorities say the suspect remains at-large.

"These things are always troubling whenever you have somebody that is willing to come use a gun to take a person’s life in the middle of a neighborhood," said Orlando police spokesman Sgt. David Baker. "That’s about as bad of a crime as you can get." 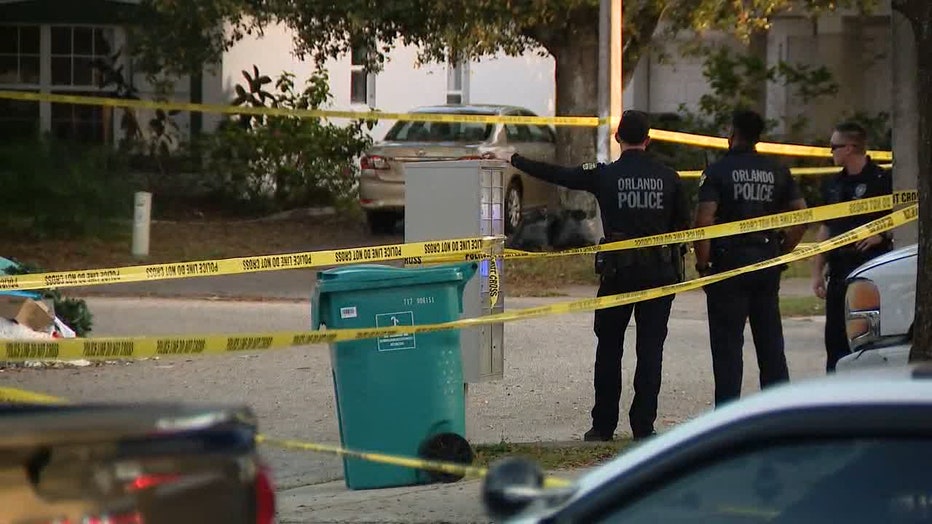 Multiple gunshots were fired from the suspect vehicle, according to witnesses. No other details were immediately released.

It was the second of two drive-by shootings in Orlando on Thursday, with the other occurring around 1 p.m. in the 500 block of South Dollins Avenue, though investigators would not confirm if the two are connected in any way.