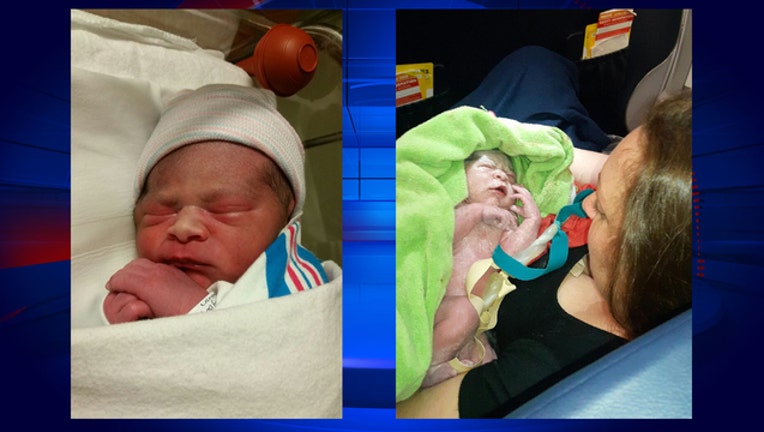 Cristina Penton, 36 weeks pregnant, told the flight attendants she needed medical assistance because she wasn’t feeling well.  After she realized she was having her baby, flight attendants contacted emergency medical crews on the ground.

The flight from Ft. Lauderdale was headed to Dallas, but had to be diverted to New Orleans Louis Armstrong Airport.

Before the plane could land, baby Christoph Lezcano was born with the help of a pediatrician and a nurse on board.

The mother and her baby were taken to the Ochsner Meical Center in Louisiana after the plane landed.

“The Spirit crew was very attentive and took care of me throughout the flight,” said Penton.  Spirit Airlines representatives met Cristina and baby Christoph at the medical center to deliver gifts, including an annual free flight for Christoph and a guest for the rest of his life.