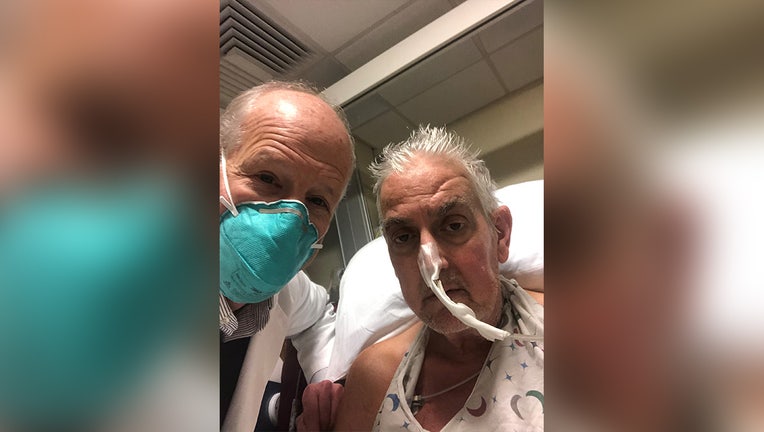 A pig heart, transplanted earlier this year into a human patient who died two months later, was infected with a pig virus, according to the surgeon who performed the procedure.

The virus that was found during testing is called porcine cytomegalovirus (pCMV) and mostly infects pigs but it has been found in humans, according to SwineHealth.org. Despite this, it is still unknown whether or not human cells can even be infected by pCMV

The pig heart was functioning and the Maryland hospital issued periodic updates that the recipient, David Bennett Sr. Bennett seemed to be slowly recovering. In February, the hospital released video of Bennett watching the Super Bowl from his hospital bed while working with his physical therapist.

Sadly, on March 8, Bennett died. Doctors were unable to give an exact cause of death, saying only that his condition had begun deteriorating several days earlier. He was 57 years old.

"We are devastated by the loss of Mr. Bennett. He proved to be a brave and noble patient who fought all the way to the end," Griffith said in a statement.

Bennett survived significantly longer with the gene-edited pig heart than one of the last milestones in xenotransplantation — when Baby Fae, a dying California infant, lived 21 days with a baboon’s heart in 1984.

The need for another source of organs is huge. More than 41,000 transplants were performed in the U.S. last year, a record — including about 3,800 heart transplants. But more than 106,000 people remain on the national waiting list as thousands die every year before getting an organ and thousands more never even get added to the list.

"The organ shortage is in fact an unmitigated crisis and we’ve never had a real solution to it," said Dr. Jayme Locke of the University of Alabama at Birmingham (UAB), who leads a team that will begin a clinical trial of pig kidney transplants this year. 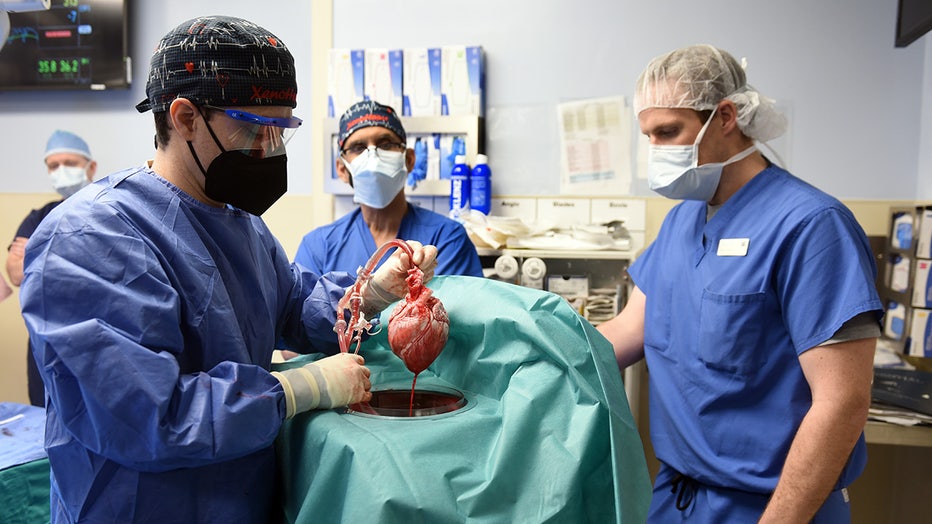 Animal-to-human transplants are called xenotransplantation. They have been attempted without success for decades because people’s immune systems almost instantly attack the foreign tissue. But scientists now have new techniques to edit pig genes so their organs are more human-like.

The recent string of pig experiments in the past year "is a big step forward," said Dr. David Kaczorowski of the University of Pittsburgh Medical Center. Moving on to first-stage trials in potentially dozens of people is "becoming more and more feasible."

A heart transplant surgeon, Kaczorowski has done experiments testing pig organs in non-human primates that helped pave the way but "there are only things we can learn by transplanting them into humans."

Pigs have long been used in human medicine, including pig skin grafts and implantation of pig heart valves. But transplanting entire organs is much more complex than using highly processed tissue.

Scientists still have a lot to learn about how long pig organs survive and how best to genetically alter them, cautioned Dr. Robert Montgomery of NYU Langone Health, who led that center’s kidney experiments last fall.

"I think different organs will require different genetic modifications," he said in an email to the Associated Press.

For UAB’s most recent pig kidney transplant experiment, it teamed with Revivicor, the subsidiary of United Therapeutics that also provided organs for Bennett’s heart transplant and another kidney experiment in New York. Company scientists made 10 genetic changes to the pigs, knocking out some genes that trigger a human immune attack and make the animals’ organs grow too large — and adding some human genes so the organs look less foreign to people’s immune systems.

Researchers must also address practical questions such as how to minimize time spent getting pig organs to their destination. UAB housed altered pigs in a germ-free facility in Birmingham complete with an operating room-like space to remove the organs and ready them for transplant.

Organ rejection, infections and other complications are risks for any transplant recipient. Experts hope the Maryland team quickly publishes in a medical journal exactly how Bennett’s body responded to the pig heart.

From Bennett’s experience, "we have gained invaluable insights learning that the genetically modified pig heart can function well within the human body while the immune system is adequately suppressed," said Dr. Muhammad Mohiuddin, scientific director of the Maryland university’s animal-to-human transplant program.