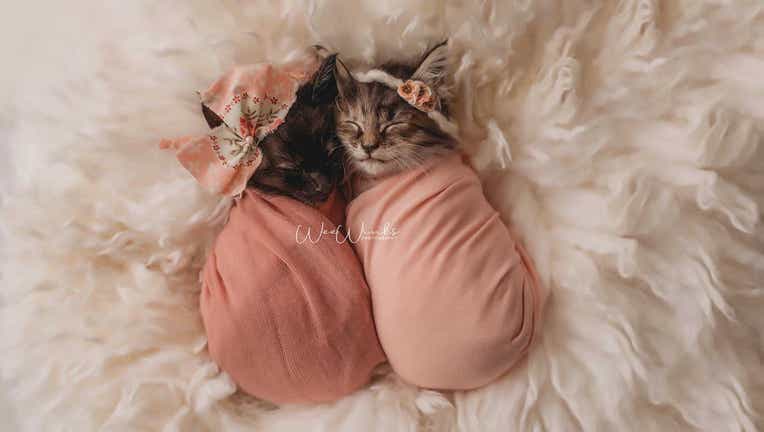 CLERMONT, Fla. - Three kittens left at a Clermont construction site are purring in their new homes after an adorable photo shoot.

A newborn photographer at Wee Winks Photography heard about the orphaned cats and decided to rescue them, then cleaned them up and shot the sweet photos.

Shawna Genua, the photographer who captured the images, says the kittens are about five weeks old and were covered in fleas when she and her husband first rescued them. Now, they're happy and healthy, and oh so cute.

She became so enamored with the kitties that she adopted two of them, while her neighbor adopted the final one.

The photos of the kittens became so popular, Shawna created a web page to sell the photos. You can buy them here.