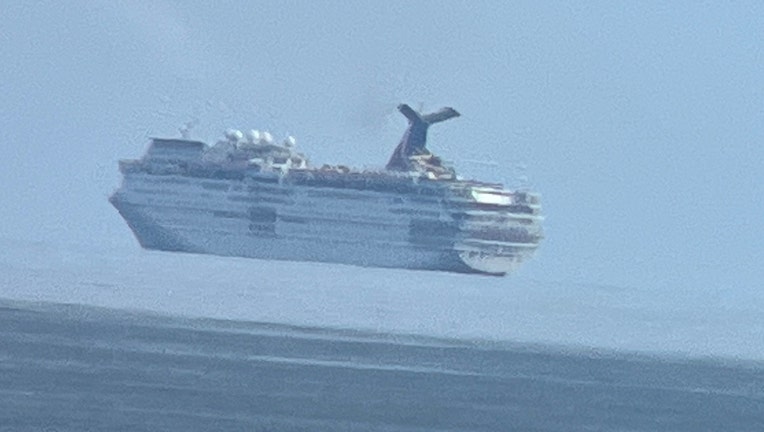 SATELLITE BEACH, Fla. - An odd sight off the Florida coast was spotted Monday by a FOX 35 viewer.

As described by the viewer, FOX 35 received a photo from Jeff Brogli of a "hovering cruise ship" on Monday.

He explained that he took the photo of the Carnival Ecstasy ship around noon on Monday off of his balcony in Satellite Beach.

"There is fog between my vantage point and the ship. This gives the optical illusion that the ship is floating," Brogli added.

Dense fog advisories were active throughout much of Central Florida on Monday morning.