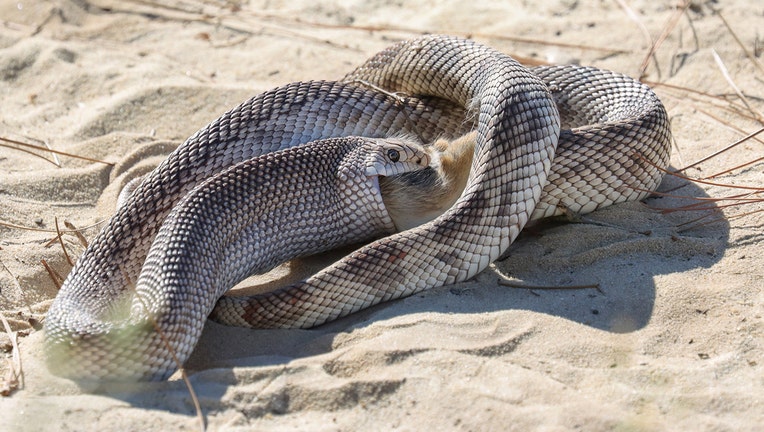 OCALA, Fla. - As Florida wildlife officials were surveying a forest, they came across a sight they were not expecting to witness.

On Oct. 26, Araks Ohanyan, a biologist with Florida Fish and Wildlife, was working in the Ocala National Forest when she spotted something in the middle of a road.

As Ohanyan and other biologists inched closer, they realized it was a rare, non-venomous Florida pine snake. But it wasn’t alone. It was swallowing a young eastern cottontail, officials said.

"After the snake finished its meal, it disappeared into the vegetation before reappearing and becoming quite curious about our biologist’s camera, allowing them to take some close-up shots before parting ways," according to FWC. 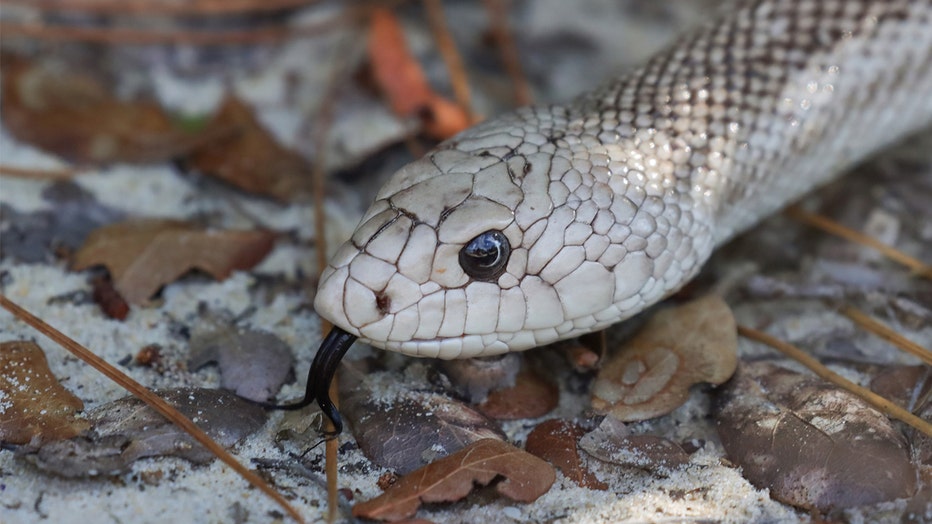 Wildlife officials said the Florida pine snake is one of the largest snakes in eastern North America. It can grow up to 90 inches.

It's described as a "powerful constrictor" that feeds on mammals, ground-dwelling birds, and bird eggs. It is listed as a threatened species in Florida, mainly due to habitat loss since the 1980s. FWC officials said these snakes are difficult to survey since they spend much of their time underground. 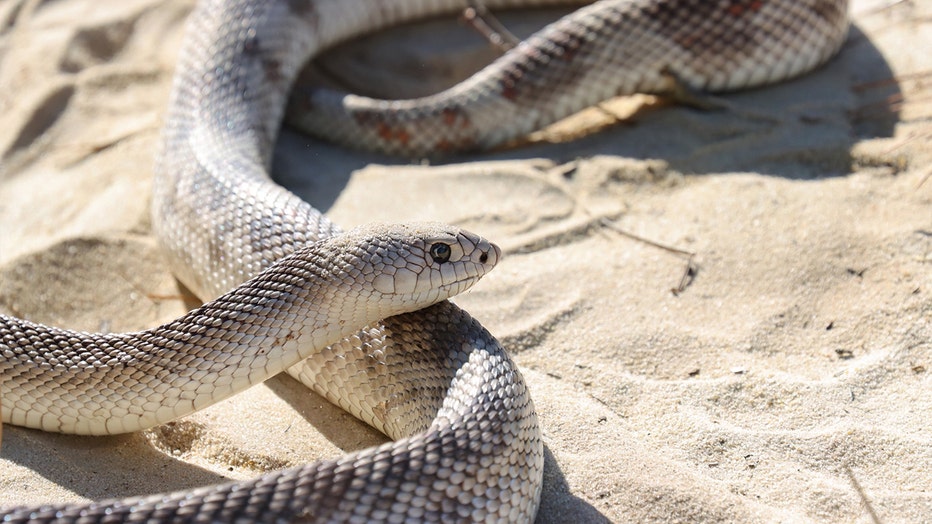 RELATED: FWC considers limiting Skyway pier fishing to single-hook in effort to save lives of seabirds

If you ever spot a Florida pine snake, they ask that you submit detailed information – and even a photo, if you can – to FWC. The website can be found here.

As for the prey, the rabbit species can be found throughout Florida. There are two types of rabbits in the Sunshine State: the Eastern cottontail and the marsh rabbit.