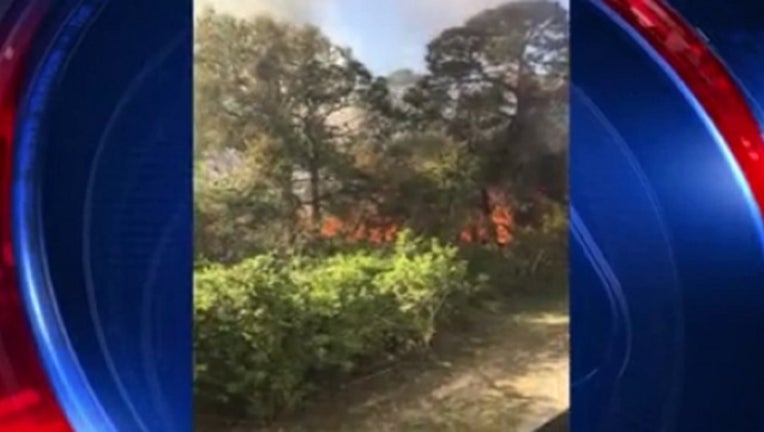 ORLANDO, Fla. (WOFL FOX 35) - Fire crews worked fast Sunday to knock down a blaze that broke out in the woods right next to an Orlando apartment complex.

Cellphone video shows flames shooting out of the brush and smoke filling the air.

Beatris Velez says she had just started cooking dinner when a neighbor pounded on the door.

But she says because of the wind, the fire grew fast.

“I’m not used to this so it was really scary for me,” she said.

Orange County Fire Rescue says around 40 people at the apartment complex off East Colonial Driver were evacuated as a precaution.

But crews worked fast to put the one-acre fire out.

No one was injured, and there was no damage.

Officials have not said what caused the fire.