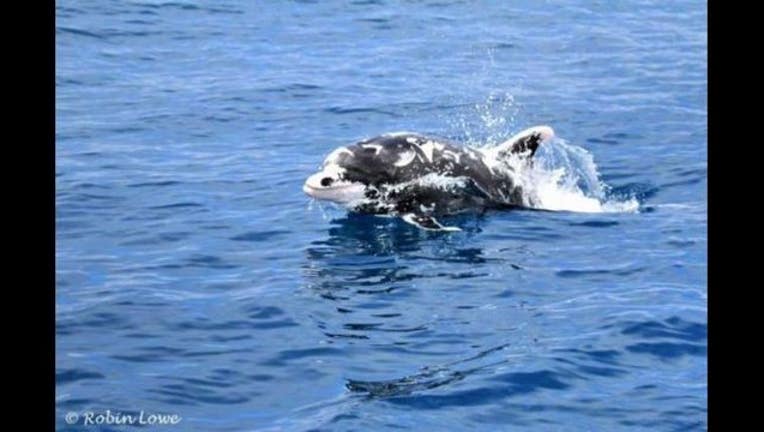 Patches the piebald dolphin was spotted Monday morning swimming off the coast of Southern, California.

Patches is a rare dolphin, well-known for its unique appearance. According to a report by the Orange County Registrar Patches is leucisitic which means there's less melanin which causes a loss of pigmentation which has caused the patchy appearance.

Robin Lowe, an American Cetacean Society naturalist, captured photos and video of Patches while she was out with Dana Wharf Whale Watching and Sportfishing.

Lowe told the Orange County Registrar that she was "over the moon with excitement" when she saw Patches. Watch the video below.