Plan to convert portion of Oviedo Mall into apartments

With rising rental rates and limited options, the city of Oviedo approved a plan to turn part of a mall into luxury apartments, where people of all ages can live.

OVIEDO, Fla. - With rising rental rates and limited options, the city of Oviedo approved a plan to turn part of a mall into luxury apartments, where people of all ages can live.

It used to be the old Macy's store, but it will soon be a place where people will eat, sleep and live in luxury apartments, and have easy access to the mall. "We need to drive foot traffic into the mall because people don’t go into the malls to hang around all day anymore." Oviedo Mall’s Director of Development Kevin Hipes says they plan to demolish the old Macy’s building and build 400 luxury apartments, making this property a mixed-use. "We want to eat, sleep, work play type destination. Which means apartments, hotels, entertainment, restaurants, and some retail."

Residents say it will help bring new life to the mall. Matt Bateman says, "It’s a nice place and I feel like it would add a lot of foot traffic, a lot of business here that can benefit the mall." Dean Dix says, "If it’s reasonably priced they’ll fill it up." 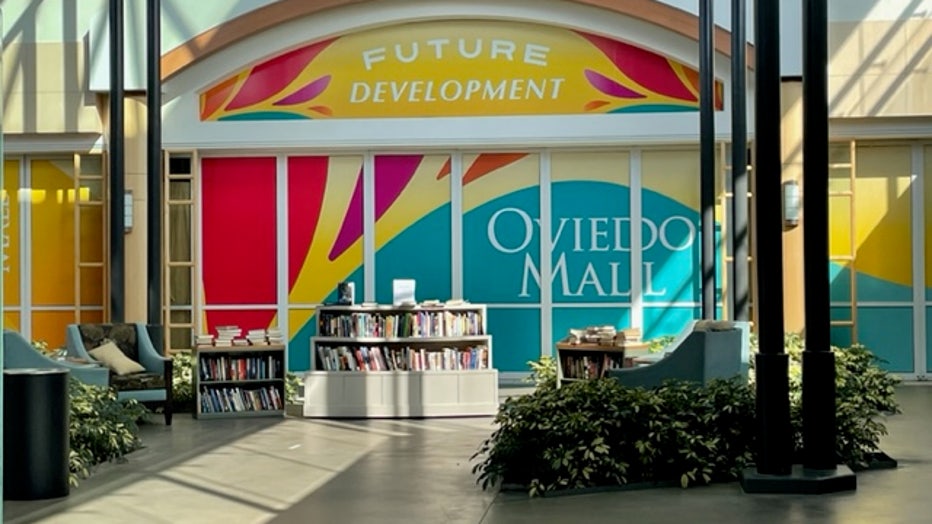 And there’s also another benefit. "Absolutely there’s a housing crisis." Oviedo Mayor Megan Sladek says it would help the housing crisis. That's why the city council approved the measure unanimously, allowing all ages to live in the apartments. "There’s just probably 20 times more people interested in buying a home that goes on the market, then there are homes available. The demand is out of control."

It’s a demand happening nationwide, as more Malls are being redeveloped with a residential plan.
Matt Bateman says, "I think it’s a good idea. I’ve been in Oviedo my whole life."

"I haven’t got a crystal ball, but I believe in it. This mall’s going to be a home run. I guarantee it!"

Kevin says groundbreaking could take place in 6 months. Prices for the apartments haven't been released.