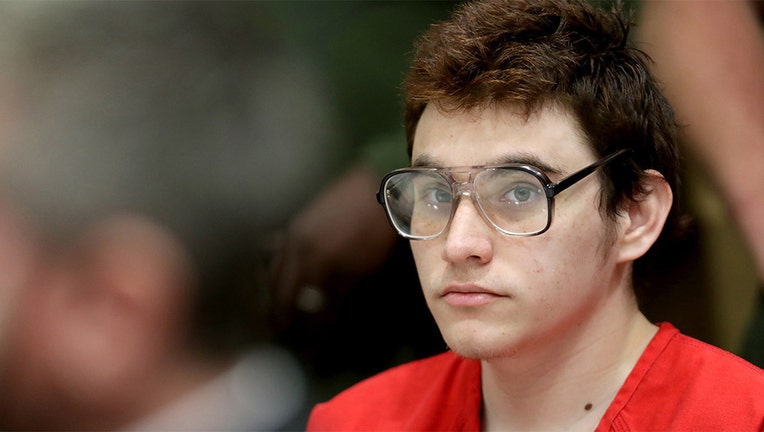 PARKLAND, Fla. - A prospective juror for the sentencing of Parkland school shooter Nikolas Cruz asked the judge to dismiss her from duty earlier this week, claiming she didn’t have enough time to fulfill her civic duty because she’s both married and has "a sugar daddy."

The selected jurors will eventually determine whether Cruz will face the death penalty or life in prison. He killed 17 people at Marjory Stoneman Douglas High School, where he was once a student, on Valentine’s Day in 2018.

Jurors will have to agree to the death penalty unanimously in order for him to receive such a sentence. Otherwise, he’ll face life in prison without the possibility of parole.

Hours into the jury selection process, Circuit Judge Elizabeth Scherer asked if she had missed anyone with concerns or questions.

"Did you have a question?" she asks in video of the proceedings, pointing off camera toward one of the prospective jurors who she eventually identifies as "Miss Bristol."

"This is a whole entire month," the woman says. "First of all let me clarify myself, July second is my birthday, July Fourth is my son, and the 18th is my other son."

The judge asks her to speak slower.

"Don't talk too fast, we have to be able to understand...so you said that the July, there's dates in July that you're not available? What are those dates?"

"July seventh, July fourth, and July 18th....And again, I need to figure out something," Bristol replies. "I have my sugar daddy that I see every day."

"I'm sorry?" the judge asks, with an unmoved expression on her face and cocking her head.

"OK, I'm not exactly sure what you're talking about but we'll--"

"I'm married, and I have my sugar daddy," she says again. "I see him every day."

Then she instructs jurors whose names are called to fill out a questionnaire before the audio stream is muted.

Bristol wasn’t the only prospective juror to ask to be dismissed. Several cited family commitments, work or previously booked travel plans. Some did not sufficiently speak English, and others had health issues.

In all, 12 jurors and eight alternates will be selected. More than 120 of the first 160 to appear before Scherer Monday were dismissed. Bristol was among them.

The sentencing phase of Cruz’s murder trial is expected to stretch from June through September.

Fox News' Matteo Cina and The Associated Press contributed to this report.