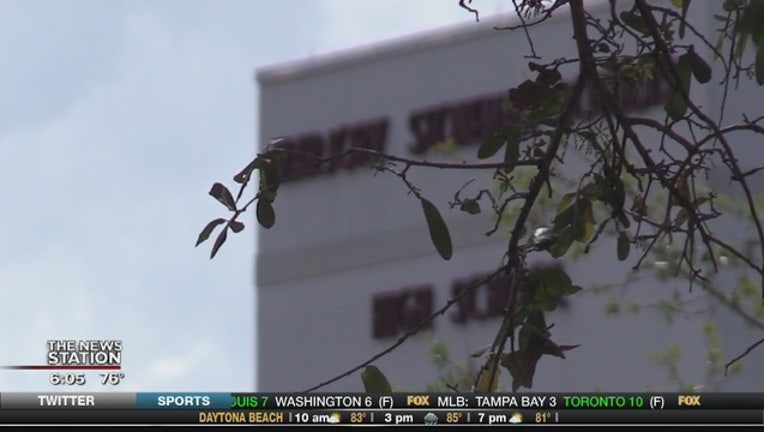 FORT LAUDERDALE, Fla. (AP) - The police response to the Florida high school massacre was delayed because school officials rewound a school surveillance video, making officers think the gunman was still in the building.

So they rewound the video until they found him and began relaying information to Broward Sheriff's Deputy Scot Peterson, who relayed it to officers inside the building.

At one point, officers were told suspect Nikolas Cruz was coming down the stairs when he had already left the building.

The video delay came to light months ago, but it was not clear then how the misunderstanding occurred.