SEMINOLE COUNTY, Fla. - Some parents are considering a kindergarten gap year for their children as fears over the coronavirus pandemic continue.

School districts are seeing a decline in kindergarten enrollment for the 2020-2021 school year, and some are linking it to the virus.

“Traditionally, we’ve had an uptick in those numbers,” Lawrence said. “You might have a smaller decline but not that much, so it’s definitely pandemic-related. We’re pretty certain of that.” 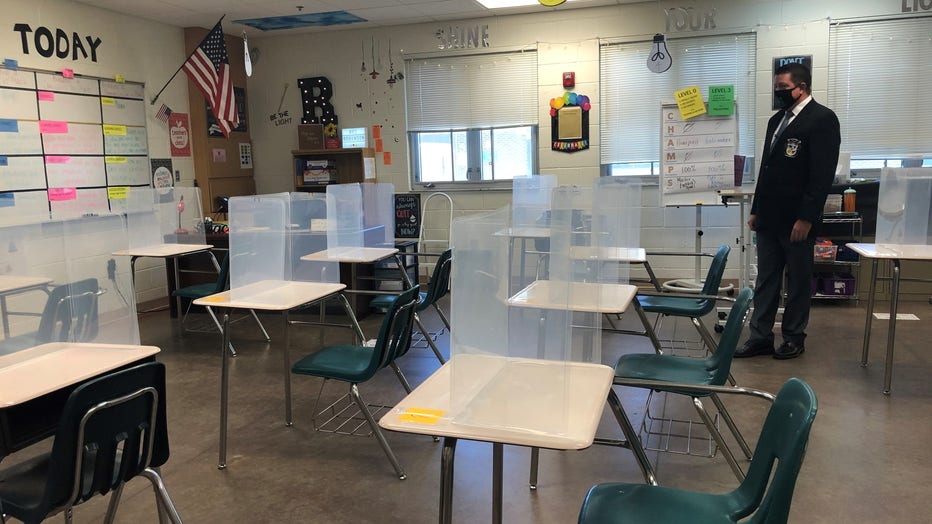 OCPS said it projected kindergarten enrollment to be 13,590 for the 2020-2021 school year, but only 10,650 students are enrolled at traditional schools this year.

In a statement, OCPS said, “While we believe there may be parents of kindergarten students who may have waited to enroll their children, our growing enrollment relies extensively on the population of students entering from outside the country every year and data shows a decrease in out-of-country enrollments.”

SCPS also believes parents are looking at other options this year instead of traditional schools.

Lawrence said, “We anticipate on some of those parents are doing the homeschool option. They also might be doing the gap year option where they’re going to wait and enroll their child next year.”

Dan Smith, president of the Seminole Education Association, the organization that represents SCPS teachers, said he has concerns about a kindergarten gap year.

“It’s concerning just on the surface without knowing more about the groups,” Smith said.

Smith said he would be particularly concerned about lower-income students.

“If the child gets some of their meals at the school, that would be a concern. If that’s the only opportunity a child has to get some type of healthcare, that certainly would be a concern to me as well," he said.

Smith said kindergarten is a very important educational foundation, and if children are going to stay home, parents should fill the learning gap.

He recommends setting a schedule and routinely reading to children. He also suggests finding online learning resources, particularly those that allow discovery for kids without making it feel like learning.

He also recommends having socially-distanced social time with other children in the neighborhood.

“Even if it’s 20 feet apart, just so they can see each other or something so they would have a little bit of a community, so the child wouldn’t feel isolated because that can take its toll," Smith said.

Seminole County Mom LaSonia Landry said she pulled her daughter out of preschool at the beginning of the pandemic but decided to send her to kindergarten this year to do in-person learning.

“We thought about all the different options from hybrid to in-person and for us, truthfully, the most sense made was for our kids to go back in person,” Landry said.

Landry said she and her husband work demanding jobs that require them to do video calls and they did not have the time to devote to teaching their children at home.

“[My daughter] was home and, truthfully, we kind of noticed that there were some things that she wasn’t advancing in that I feel like for her age she should’ve been and so that was another contributing factor,” Landry said. “She really needed that in-person curriculum, [and] teacher showing her how to do things.”

Landry said she still worries about the coronavirus with her daughter doing classroom learning.

“[The school’s] safety measures are really great so I feel comfortable sending my kids back, but I worry about It every day," Landry said.

Landry said she knows parents who are doing learning pods with other children, but that also brings its own challenges.

"Getting a teacher who can do a pod is like a hot commodity right now,” Landry said.

Her friends also struggle with making sure everyone is following the same social distancing guidelines.

“Making sure that those kids when they’re not in the pod that they’re following the same safety measures that their child is following," she said.