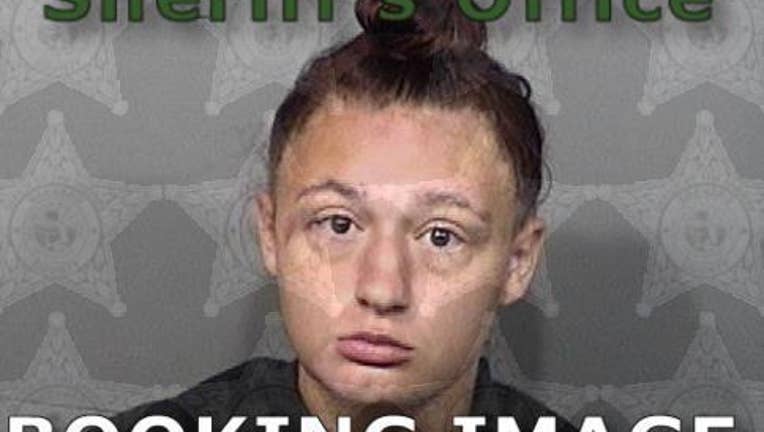 PALM BAY, Fla. - A 19-year-old woman was arrested on second-degree murder charges, accused of stabbing her mother to death, according to the Palm Bay Police Department.

Jackalynn D’Auria is behind bars in Brevard County.

Police say she was found hiding on a bus after fleeing the scene of the crime.

Investigators say D'Auria's mother suffered a stab wound to her chest and was taken to a nearby hospital, where she was pronounced dead.

First responders said before the woman lost consciousness, she told them that her daughter was the one who stabbed her, according to an affidavit from Palm Bay police.

When D'Auria was taken into custody, she told police that she was inside a bedroom of a home when her mom came in and began hitting her.

According to the affidavit, she said she stabbed her home to stop the beating and ran away, discarding the knife in a yard.

Police said in the report that D'Auria had several "healing wounds" on her arm that were not consistent with her story.