A $28 million interchange along Brevard County is drawing scrutiny. The City of Palm Bay is being criticized for not upholding their part of a road network connecting to the interchange. However, the city says the project has been delayed due to weather and other environmental concerns.

PALM BAY, Fla. - People are furious about a multi-million dollar road to nowhere.

The new Interstate 95 exit ramp in Palm Bay does not connect to a road. One lawmakers is calling out the city of Palm Bay for not keeping up with a project that was approved six years ago. The city says it’s farther along than it seems.

The signs for Exit 166 on I-95 are up, but the ramp itself is closed. The City of Palm Bay sent FOX 35 drone video that shows the roads that connect to the ramp don’t really exist. Right now, they are tracks of dirt.  The Florida Department of Transportation (FDOT) built the ramp, but Palm Bay is responsible for building the connecting roads. FDOT finished back in August but no one’s been able to use it quite yet and now the city says no one will be able to for another few months. 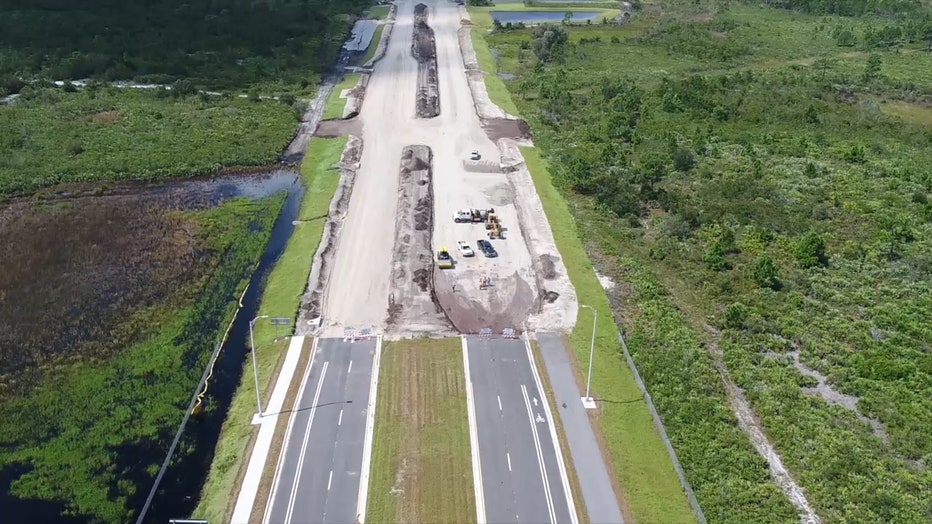 “It is unconscionable. It is gross negligence and frankly, I think people need to ask the question if the city can’t build a road, then should they be a city at all?” said Rep. Fine.

“Why isn’t it open and why isn’t it being put to good use? If we’re going to tear down all this land and town down the 'green' Florida, we better put it to good use,” said Andrew Dankanich, who lives in Melbourne.

The City of Palm Bay told FOX 35 that it expects to pave and open these roads in December, which is five months after its planned July completion. The project was delayed, they say, by weather and another 56-day delay to remove tortoises from the area.

Taxpayer dollars covered the $28 million dollar price tag for the ramp. According to a letter from FDOT, the ramp staying closed costs another $475,000 to reroute the power supply, fix signs and keep traffic out.

One city official from Palm Bay says this has been blown out of proportion, emphasizing this is a construction project and things like this happen all the time.