Police: Serious injuries reported after vehicle flips off I-4 in Orlando

At least one person has been seriously injured after a vehicle flipped off of Interstate 4, crashing onto the street below, police said.

ORLANDO, Fla. - Two people were injured after a vehicle flipped off of Interstate 4 (I-4), crashing onto the street below, police said.

The crash occurred on I-4 eastbound at Kaley Street.

A vehicle overturned onto the westbound side of Kaley Avenue. According to the Orlando Police Department, the vehicle drove off I-4 and flipped onto Kaley Street. 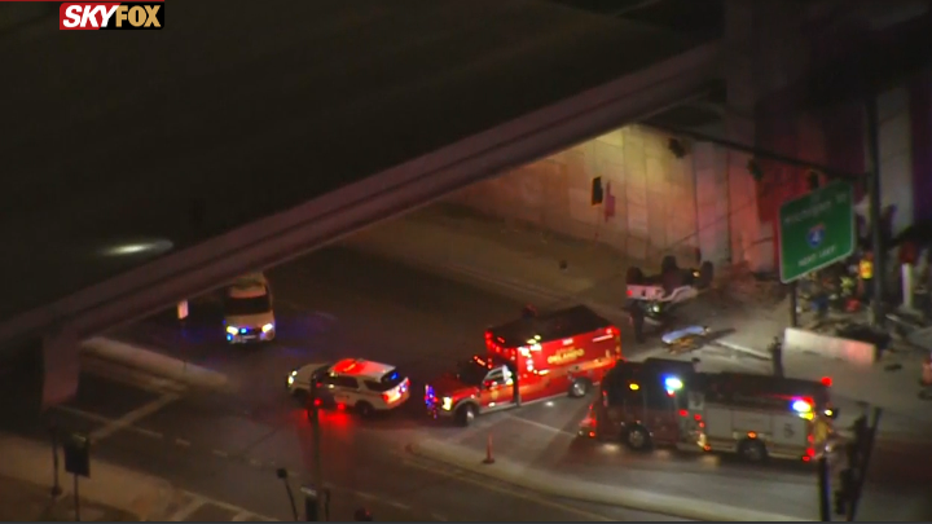 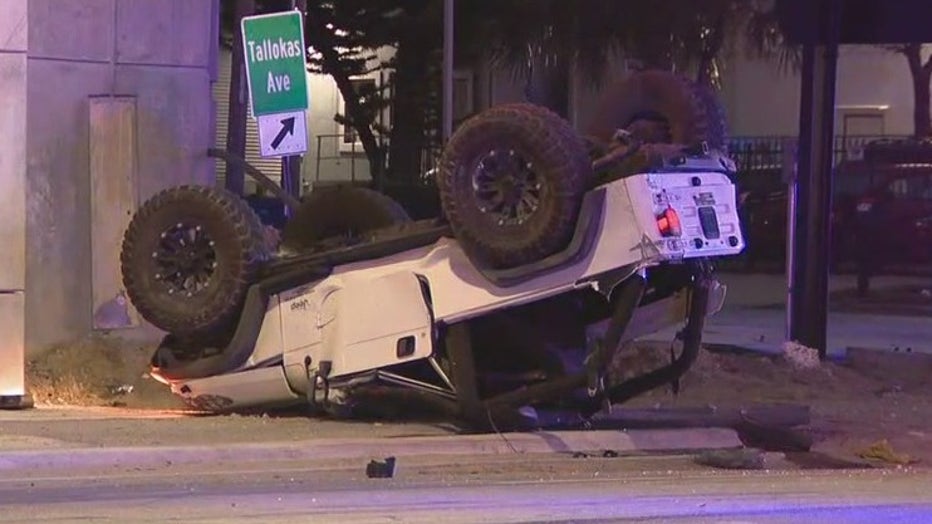 Surveillance video captures vehicle falling from I-4 onto road below

Hudson from Kaley Mobil provided FOX 35 with a surveillance video showing a vehicle falling from Interstate 4, onto Kaley Street, resulting in serious injuries.

The eastbound lanes of I-4 were closed but have since reopened completely. The westbound side of Kaley Street under I-4 remains closed.

Police: Serious injuries reported after vehicle flips off I-4 in Orlando

The eastbound lanes of I-4 and Kaley Street were shut down but two thru-lanes are now open on the interstate.