The organization is planning to implement new eligibility requirements beginning with the 94th Academy Awards in 2022.

LOS ANGELES - The Oscars are implementing some big changes, including a set number of best picture nominees and to-be-determined representation and inclusion standards for eligibility.

The Academy of Motion Picture Arts and Sciences announced Friday that there will be 10 best picture nominees beginning with the 94th Academy Awards in 2022. The organization is also planning to implement new eligibility requirements with an eye toward diversity in collaboration with the Producers Guild of America that will be finalized by the end of July.

Neither change will impact the 93rd Academy Awards set to be held in Los Angeles on Feb. 28, 2021. 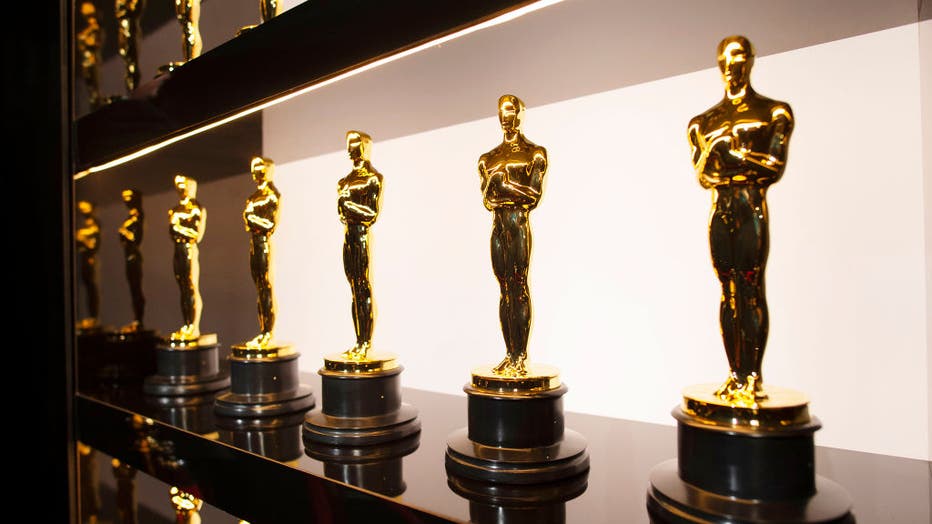 In this handout photo, Oscars statuettes are on display backstage during the 92nd Annual Academy Awards at the Dolby Theatre on Feb. 9, 2020 in Hollywood, California. (Photo by Matt Petit - Handout/A.M.P.A.S. via Getty Images)

The film academy has shifted the number of best picture nominees several times in its history. In 2009, it was expanded from five to 10, which many thought at the time was in response to the lack of a nomination for Christopher Nolan’s “The Dark Knight.” In 2011, the field could fluctuate from five to 10, which led to some years having more than others. Last year there were nine. In the Academy’s early years, anywhere from eight to 12 films could be nominated for best picture.

The organization that puts on the Oscars is also committing to a new phase of diversity and inclusion initiatives, which they are calling Academy Aperture 2025. The first phase, which ended this year, was in response to the #OscarsSoWhite criticisms. Academy President David Rubin said that the organization had surpassed those goals.

“While the Academy has made strides, we know there is much more work to be done in order to ensure equitable opportunities across the board,” Academy CEO Dawn Hudson said in a written statement. “The need to address this issue is urgent. To that end, we will amend — and continue to examine — our rules and procedures to ensure that all voices are heard and celebrated.”

Rubin added that the leadership and board are committed to weaving, “Equity and inclusion into the fabric of every Academy initiative, committee, program and event.”

A newly established Office of Representation, Inclusion and Equity will oversee the Aperture 2025 initiative, and be headed by Academy COO Christine Simmons.

The academy also said that it is continuing its efforts to increase diversity in its membership ranks. The new class will be announced in July.