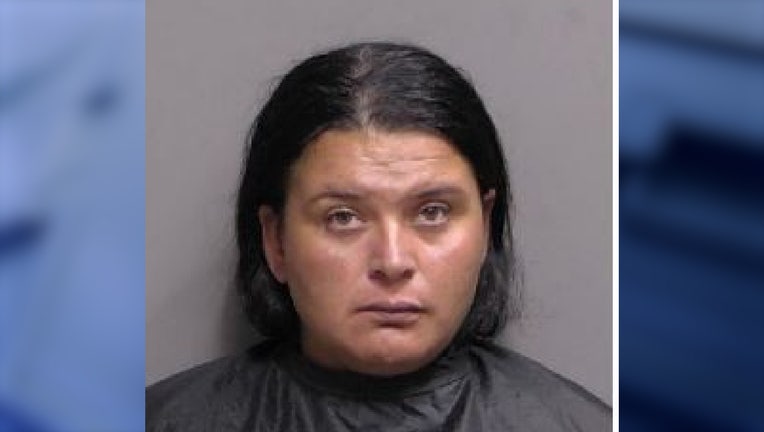 PALM COAST, Fla. - A Florida woman is accused of walking in the middle of traffic with her two children to ask for money to go toward a fake funeral.

Helene Firu, 37, of Orlando, was arrested by the Flagler County Sheriff's Office on charges of obstructing a highway, child neglect, providing law enforcement with a fake name while detained, and scheme to defraud.

Deputies said they found Firu and her two sons soliciting for money near the intersection of Palm Coast Parkway and Boulder Rock Drive, just days after FCSO initiated a no loitering, no soliciting program along the county's Interstate 95 corridor. The group wore neon yellow vests and held signs and buckets.

Investigators reviewed surveillance footage of the intersection and saw her two children walking through the road asking for money, with no adult supervision.

When approached by deputies, Firu initially gave them a fake name and told them she was collecting money for a funeral for her niece that reportedly died in a car crash in France. She later admitted that her niece was alive and well, authorities said.

Firu was booked into the Flagler County jail on a $16,500 bond. The children were given to a family member.