Main weather concerns:
After showers and storms end this evening, all is quiet across Central Florida...until tomorrow! Another round of storms will develop featuring heavy rain and lightning as the marquee threats. Rain on Wednesday could begin in the late morning hours on the Western side of the State, increasing in coverage closer the Atlantic by the early to mid-afternoon. Coverage hangs in the 70% range. Rain will ease up on Wednesday evening with partly cloudy skies late. 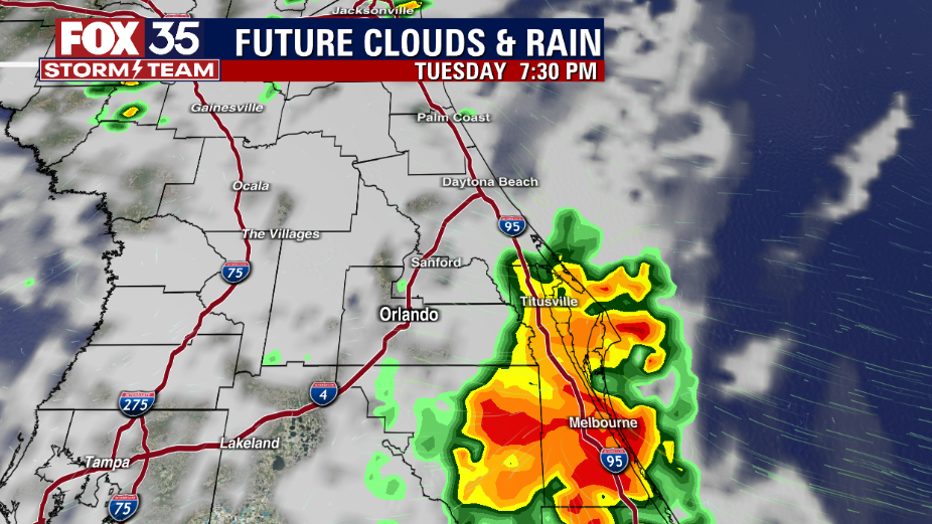 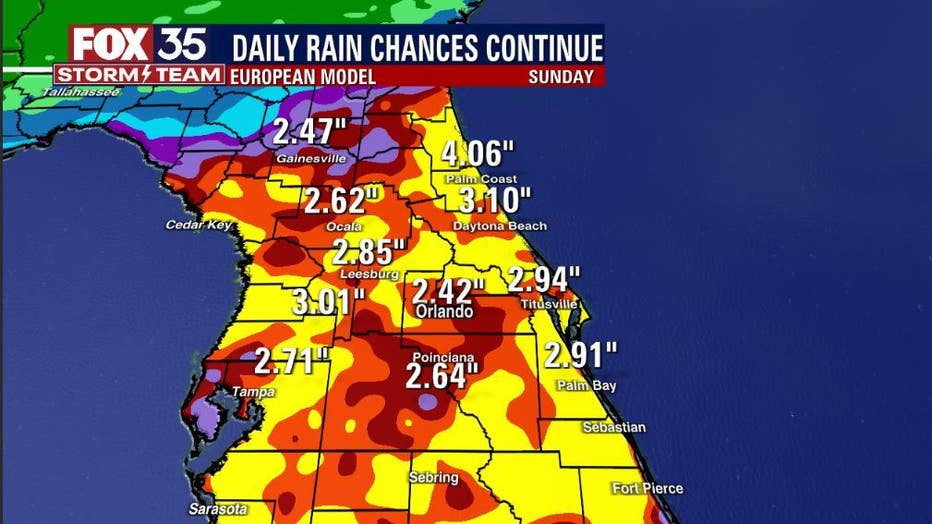 BEACHES:
Partly sunny skies on Sunday at the beaches, then a slight chance of
thunderstorms in the afternoon. There is an 60 % chance of showers and
thunderstorms. Not the best beach day by the afternoon hours with lightning around. Highs on the sand reach for the mid-80s. The rip current
risk will be high. Surf is in the 3-4'+ range as swell from EARL continues pumping in from the Northeast.

THEME PARKS:
Attractions forecast on Wednesday will feature highs near 90 before the clouds and rain opportunities increase to the 70% range. Most of the rain will move through during the PM hours so visitors will have some time to enjoy the parks. Temps will be in the upper 80 to 90 degrees. Heavy rain and lightning will accompany the stronger storms.

EXTENDED OUTLOOK:
The extended forecast looks wet with daily-high end rain chances for pretty much the whole area. Heavy rain and lightning could become problematic in the stronger storms. Highs will remain in the upper 80s to around 90 with high levels of humidity. Do not get caught in the rain, download the FOX 35 Storm Team App, and take the radar with you
on the go! 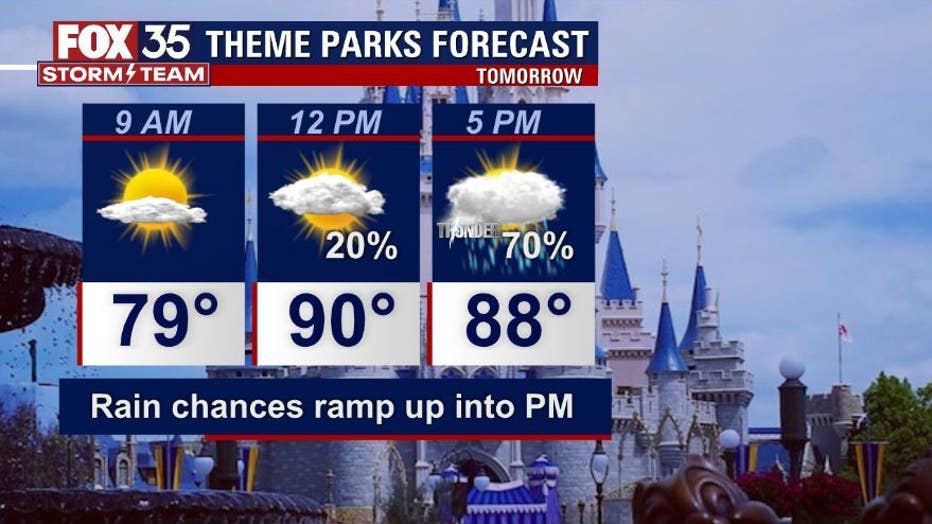 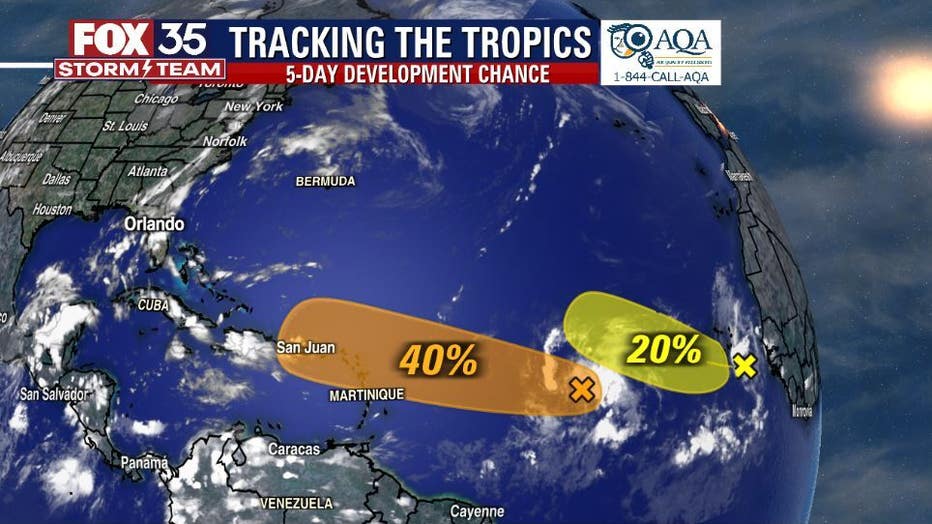