Orlando and Central Florida will see rain chances increase on Wednesday due to an approaching cold front. Looking ahead, an over the Eastern Atlantic Ocean could organize into a system that may produce rain over Central Florida next week. Highs will remain in the mid-80s over the next week.

Main weather concerns:
Another warm day across Central Florida with skies featuring a mix of sun & clouds. Rain chances overall remain at 20% with the best chance closer to the coast. Afternoon highs stay in the mid-upper 80s across the interior and low-80s along our east coast beaches. 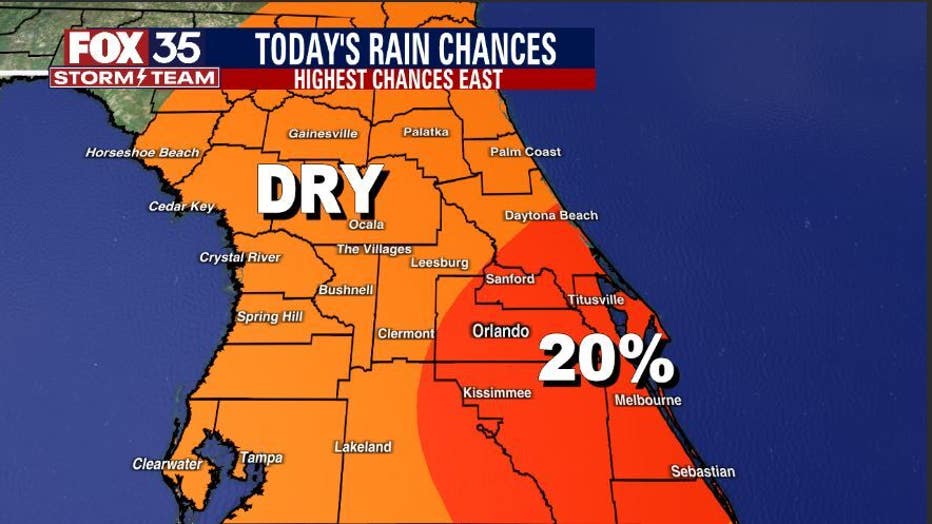 BEACHES:
You can expect a mix of sun and clouds along with an eventual onshore breeze from the Northeast. Passing showers are possible. Rain chances hold in the 20% range.The rip current risk has been elevated to high. Make sure to swim near an open lifeguard stand. Surf is on the rise as some new Northeast and older East-Southeast swells mix together.

Surf heights are in the waist to head high range and could get quite good at times today with West breezes before 12pm today. The West breeze will groom the incoming swell with really good quality surf expected. 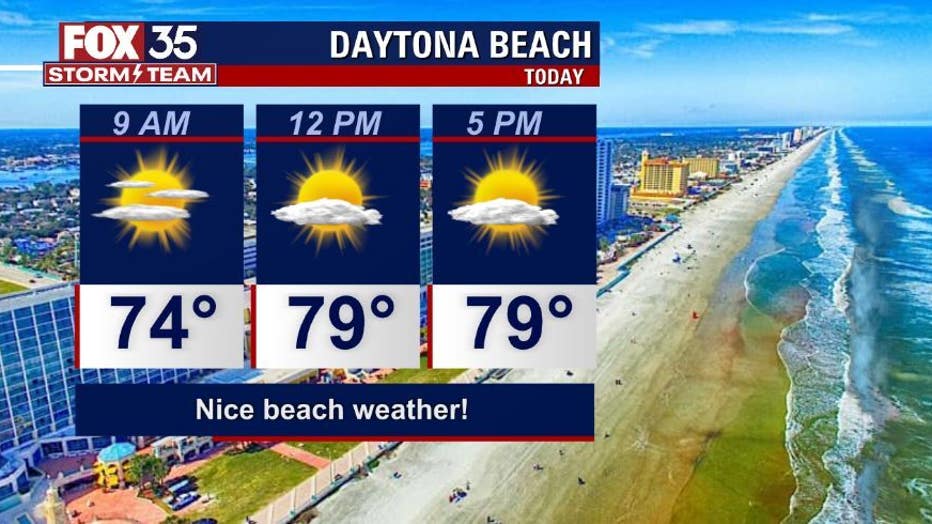 THEME PARKS:
The theme parks will feature lots of sunshine with a high near 88. Rain chances look rather low and in the 20% or less range mainly after 2pm. 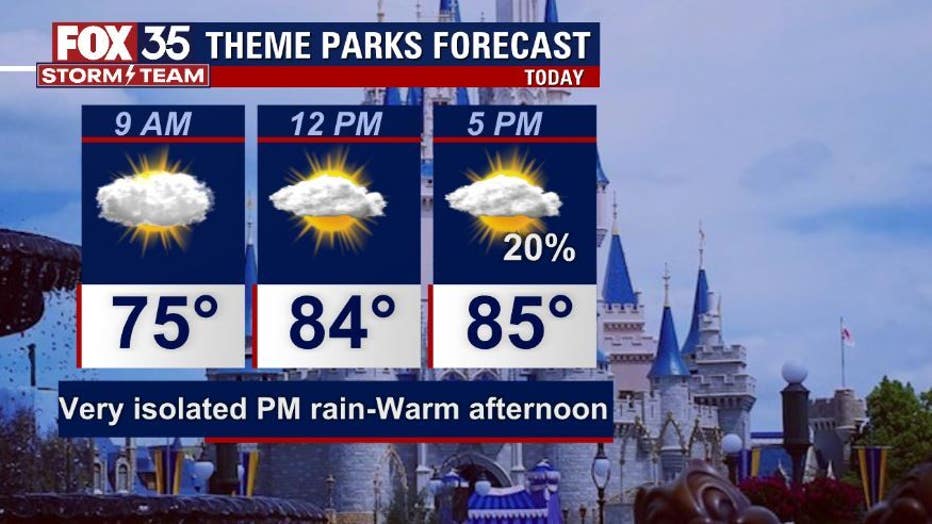 OUTLOOK:
Cool front moves through on Wednesday. Looks like a few showers and storms could accompany the front Wednesday. Behind the front, slight cooling is expected with highs falling into the lower 80s and freshening northeast breezes. A few coastal can be expected during this time, coverage looks low though. 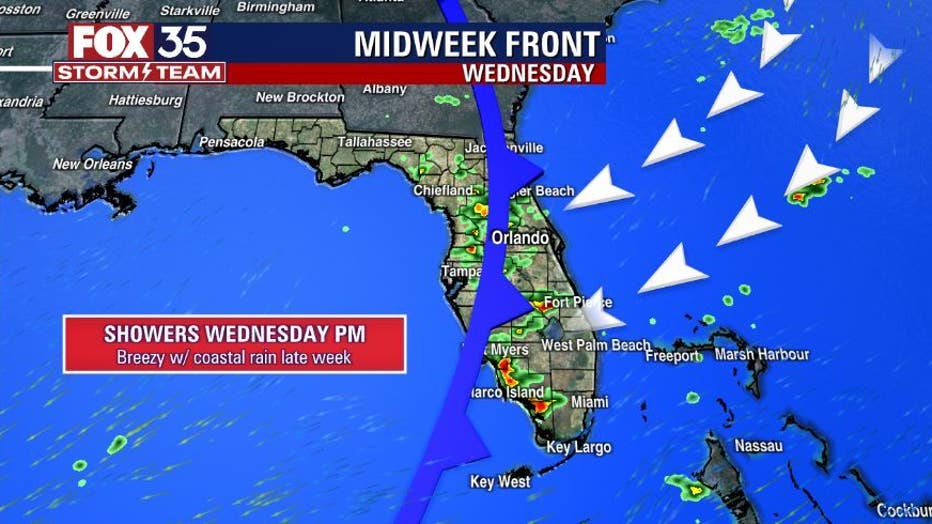 TROPICS:
The FOX 35 Storm Team is monitoring the Southern Caribbean and tropical storm Lisa, possibly becoming a hurricane before striking Central America later this week. Stay with the FOX 35 STORM TEAM for the latest, hurricane season remains in play until November 30th. 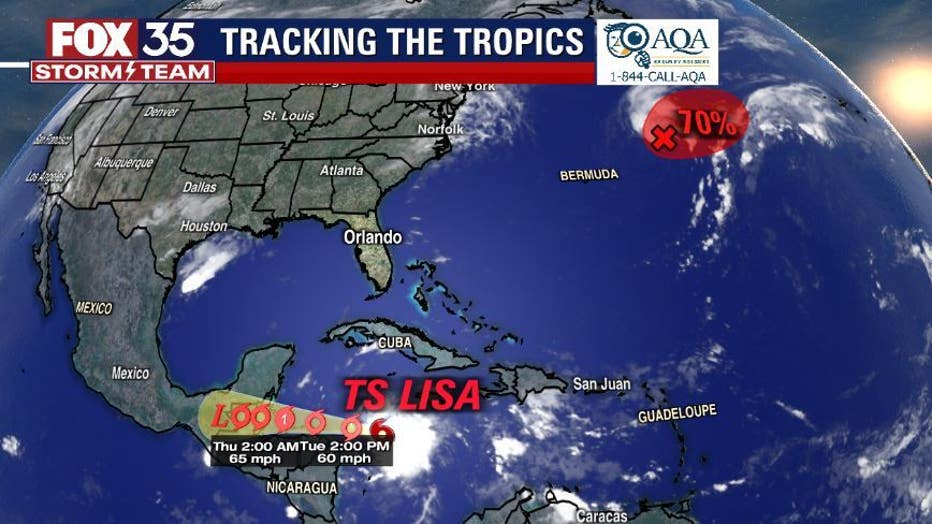