Orlando veteran on brink of homelessness due to rising rent

Rising rent is forcing a Vietnam veteran out of his Orlando apartment. Steve Wickersham says affordable spots in the city all have waiting lists. In the meantime, he is living in a Salvation Army shelter.

ORLANDO, Fla. - A Florida State Representative and several others are working tirelessly to try and keep a local Vietnam veteran from becoming the next victim of Orlando’s rising cost of living.

Steve Wickersham said he’s lived in Orlando for about 30 years and has spent most of his recent years living in a rented apartment near downtown. However, earlier this year he learned his place would be renovated, and when it reopened it was no longer in his price range.

"I was paying around $750 or something plus utilities, and that place having been renovated is about $1400 now,” he said.

Wickersham said that rise in price wasn’t the issue, he’d come to terms with moving onto somewhere new, but the problem has been finding that somewhere.

Since June, he said he’s been forced to live in a Salvation Army Shelter. He said most of the rental options he’s looked at are well out of his price range, and the low-income options that he could afford have months-long waiting lists that he doesn’t have time to get to the front of. Wickersham, who’s still working and has never worried about having a place to stay in his life, is now in trouble. 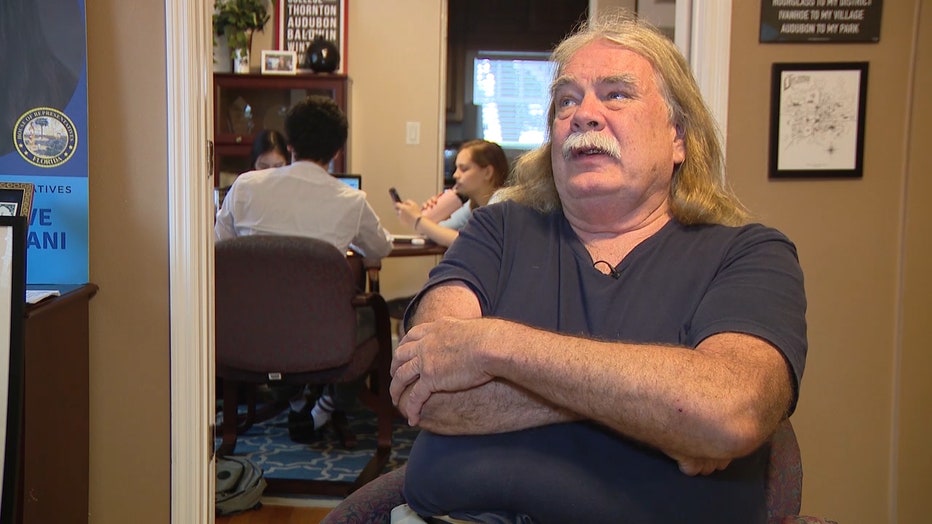 "Effectively homeless,” said Wickersham. "I'm just a middle-class guy you know? I'm employed, I have some money in the bank, you know?"

State Representative Anna Eskamani, who represents Wickersham’s area of Orlando, heard the veteran’s story and put out the call on social media asking for anyone who may have rental opportunities to help Wickersham. She also helped him get a short extension to stay at the Salvation Army for longer, but she said he needs a permanent place to stay.

The Democrat said she’s worked with state leadership in the past to try and solve the rising cost of rent and give renters more rights, but people like Wickersham continue to pay the price for the system.

"For our Floridians on a fixed income whether our seniors, our veterans, those with disabilities: any increase in rent is the deciding factor between having a home and being homeless,” said Eskamani.

As a veteran, Wickersham said he does get assistance from the United States Department of Veterans Affairs and other organizations to help pay the costs of moving into a new place, first month’s rent, and so forth, but even with that help he said most of the rent prices he’s seen available right now would price him out in a matter of months.

"Twelve-hundred dollars to $1,400 is very common for a one-bedroom apartment now,” said Wickersham.

Eskamani is asking anyone with leads for Wickersham, and his pet cat, to contact her or her office.