The Orange County Sheriff's Office Marine Unit said they have located a boy who went missing on Lake Fairview during Thursday's storm.

"This is a community," said Beth Schumacher, with the group Warriors on Water, "we are in support of others. We see each other on the water on a daily, weekly, basis, and we are here in support and honor of the families affected by this tragedy."

The Orlando Fire Department says they've recovered one boy's body from the lake, yesterday afternoon. A second boy was also taken to the hospital after they say a bolt of lightning possibly hit near their boat on Thursday night.

In all, five middle school rowers were on the boat that flipped over. All were members of the North Orlando Rowing Club.

Rowing team members say it's a tight-knit community. They say word of the deadly accident spread very quickly after it happened. 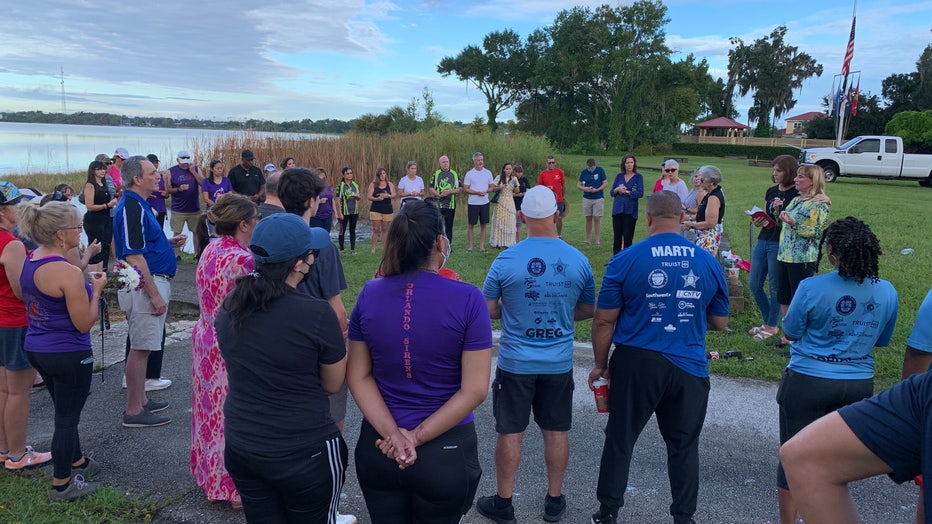 "Oh immediately," said Tami Marks, a member of the Orlando Dragon Boat Club, "we're all in communication because we were supposed to practice that night, too."

Orlando Dragon Boat Club leader Melissa Romero says they always keep an eye to the skies when they're on, or heading to, the water.

"Knowing Florida weather, things can change very quickly. So as soon as we see clouds, rolling thunder, I have a weather app on my phone, I keep that on me on the boat all the time."

More details about the victims are also emerging. The Annunciation Catholic Academy in Altamonte Springs says the boy whose body was recovered on Friday was one of their students.