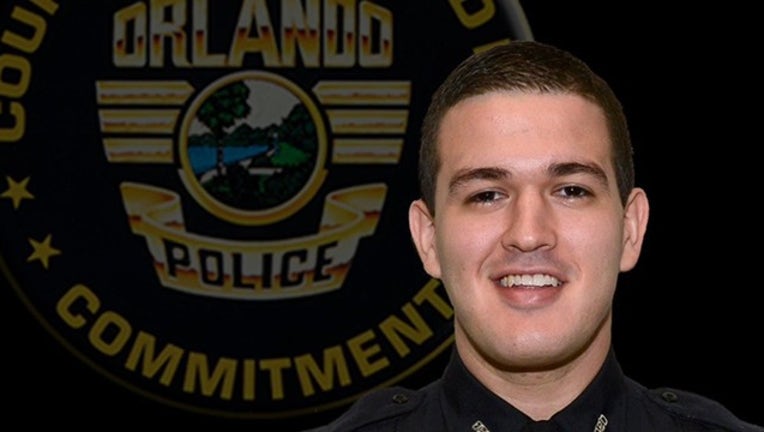 ORLANDO, Fla. (FOX 35 ORLANDO) - Orlando Police Chief Orlando Rolon took to Twitter on Tuesday to mark one year since Officer Kevin Valencia was nearly killed after being shot by a domestic violence suspect.

"A year ago today, Officer Kevin Valencia was shot in the line of duty," Chief Rolon tweeted. "Please continue to pray for him, Meghan, and their 2 kids. On behalf of the @orlandopolice , I want to thank everyone for the overwhelming support shown for the Valencia family."

Officer Valencia has been on the road to recover since being shot in the head on June 11, 2018. Valencia had responded to the Westbrook Apartment Complex near Universal Studios where convicted felon, Gary Lindsey, was holed up with four children who he eventually killed.

The children, ranging in age from 1 to 11, belonged to Lindsey and his girlfriend.

The standoff with police lasted over 21 hours, ending with Lindsey killing himself.

Valencia was left in a coma and moved to a recovering facility in Atlanta for treatment. He was brought back to Orlando earlier this year.

"He needs all the support he can get," Valencia's wife, Meghan, said. "So that he can wake up. So that he can live because my boys need a daddy and I need my husband and this community needs a real hero."

The community has been rallying behind Valencia and his family. A GoFundMe campaign was started to help support his wife and two young children. Superstar Pitbull recently held a free concert in Orlando, donating all proceeds to Valencia's family.