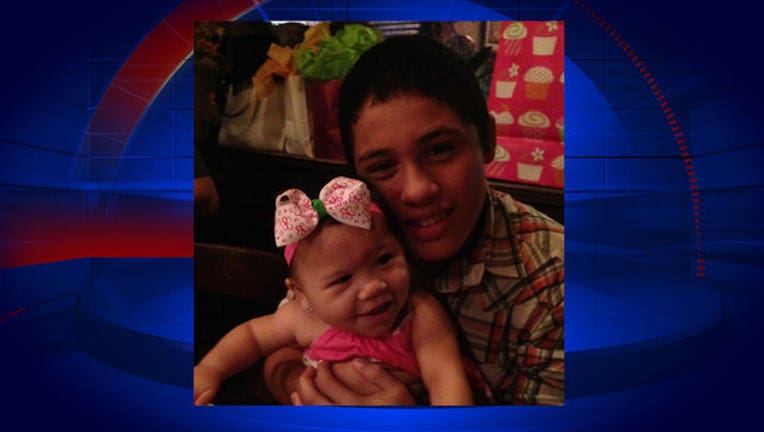 ORLANDO, Fla. (WOFL FOX 35) - Alex Flores is a member of the Orlando Police Department's Explorer program and aspires to be a police officer.  On Tuesday night, the 14-year-old boy was a lifesaver.

Alex and his family were at their home when his 11-month-old sister, Jordyn-Grace, started choking.  Her dad frantically tried to help, but the baby turned blue and was unconscious.  That's when Alex stepped in.

"I was screaming, 'Call 911! She's dying!'" said Alex's mother, Jovana Flores.  Alex came in and said, "Give her to me. I know what to do."  Alex took the infant into his arms and used the training he received in the Explorer program to dislodge food in her throat, enabling her to regain consciousness and breathe normally.  Paramedics arrived and checked out the baby, whose vitals were good.

The boy's actions earned the praise of Orlando Mayor Buddy Dyer, who tweeted on Thursday, "Proud of Alex for staying calm & using the skills he learned as an @OrlandoPolice Explorer to save his sister's life."

Alex has been an Explorer for nearly a year, according to the police department.  When Alex was younger, he wanted to join the military, but ever since the 5th grade, his dream has been to become a police officer.