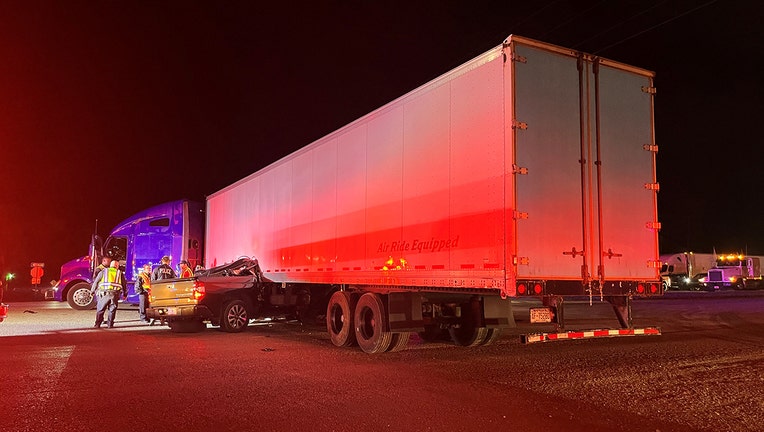 Provided by the Florida Highway Patrol

DAVENPORT, Fla. - Florida troopers are investigating a deadly crash in Davenport after a semi-truck entered the path of a pickup truck.

The crash occurred Monday around 5:24 a.m. According to the Florida Highway Patrol, a 44-year-old man from Orlando was heading south on U.S. Highway 27 in his 2021 Toyota Tundra, approaching the intersection of RWS Ranch Road, near the Webb's Candy Store.

Meanwhile, the driver of a tractor-trailer, a 47-year-old man from Colorado, was heading east on RWS Ranch Rd., and began turning left onto U.S. 27. By doing so, troopers said the semi driver entered the path of the Tundra.

The pickup truck crashed into the left side of the trailer, and the Orlando driver passed away at the scene.

Troopers are continuing to investigate the crash and have not said whether there are any charges pending.