This is the 27th year that the NBA team has completed the holiday tradition.

ORLANDO, Fla. - The Orlando Magic are giving back this Thanksgiving.

The NBA team hosted a breakfast for the Central Florida Coalition for the Homeless on Thursday.

They are dished out more than 3,600 eggs and 400 pounds of potatoes to local homeless residents and Coalition tenants.

"For us to be in a position to come here and partner with the Coalition to allow us to be a part of this, it's a great thing to serve this many families and I'm just happy to be a part of it," said Bo Outlaw, a Magic player who came to help.

The Coalition's President, John Hearn, says that it is important for the homeless, especially the homeless families, to have a Thanksgiving meal.

"These families may have experienced Thanksgiving in a home a year or two ago. Having the ability to do that now is an encouraging step in a pretty discouraging part of their lives," Hearn said. 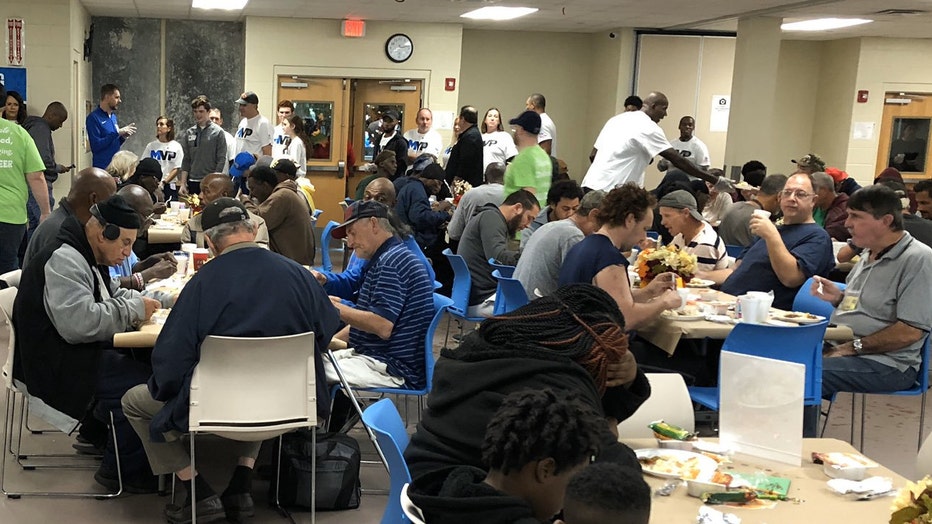 After breakfast, there was a carnival for the families.

"It's inspiring to me, make me feel so welcome, make me feel overwhelmingly loved, to be here at this situation, at this place," said Maresha Woodard, a Coalition resident who lives there with her children.

This is the 27th year that the Orlando Magic have held the Thanksgiving breakfast event.