Orlando police are searching for the suspects accused of stealing and totaling a Lamborghini that belonged to a Magic basketball player.

ORLANDO, Fla. - An Orlando Magic player said that his Lamborghini was stolen from a dealership and totaled by a suspect while fleeing from police.

Orlando Magic Guard-Forward Terrence Ross posted about the incident on Instagram on Tuesday.

"Y'all wanna hear a crazy story?" Ross says in the video. He explains that he got a call in the morning from the police. "Hey, we just want to make you aware that we found your car last night. We know where it's at – it's in Winter Garden."

Ross said that this caught him off guard because he did not go anywhere on Monday night. 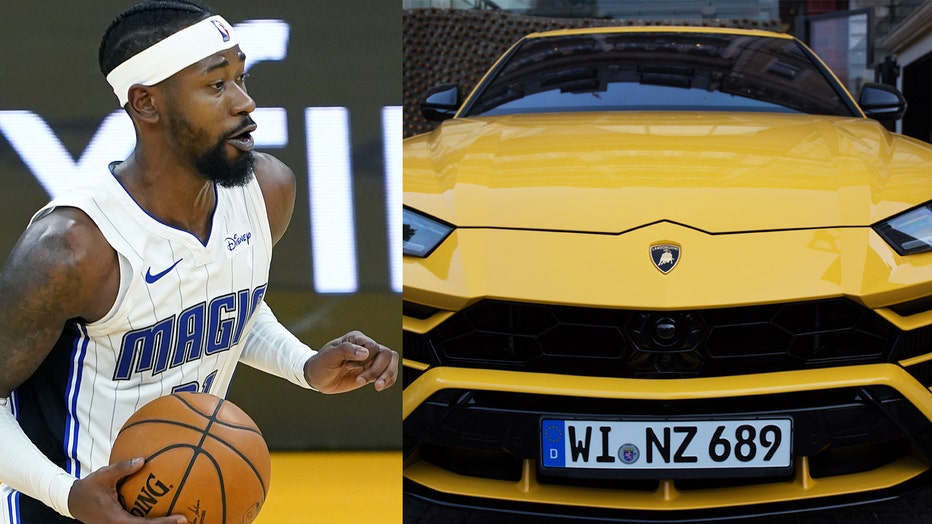 "Oh yeah, your Lamborghini that you sent in," he said while recalling what the police told him. "Cause my Lambo caught a flat a few days ago and I haven't come pick it up at the dealership."

Ross goes on to say that police said his car was found and completely totaled.

"I'm completely baffled, I have no idea what's happening. I'm trying to get what was going on," he added. "He basically told me that two guys broke into the dealership, smashed through a glass, went through desks, grabbed keys, go out to the lot, and started seeing which key worked. And the key that they stumbled upon was my key."

Ross adds that police had to chase the suspects in the Lamborghini. A tire eventually popped and they lost control of the vehicle. They then crashed it into the side of a building.

The Orlando Police Department confirmed to FOX 35 that the Lamborghini was stolen from the dealership on 33rd Street. An unknown suspect took the luxury vehicle and was stopped hours later. They said that the car fled but ultimately crashed.

"Now, I'm pretty much without a car. So, I'm back to basics," he says as he points his camera at another Lamborghini at the dealership. "That was the greatest car I've ever had and now it's gone."

Ross said he received the car for his birthday just a few months ago.