On Monday, community members unveiled what they are envisioning as the new gateway into Downtown Orlando’s beloved Lake Eola Park.

ORLANDO, Fla. - On Monday, community members unveiled what they are envisioning as the new gateway into Downtown Orlando’s beloved Lake Eola Park.

“We view this as the entrance to the park, and we envision something beautiful,” said Eugenia Sefcik, a trustee of the Orlando Land Trust.

A group of residents came together to create the Orlando Land Trust, a foundation to raise money to purchase the property on the southwest corner of the park for $3.2 million.

The goal: Preventing a large development and expanding the green space.

“Over the years there have been plans provided to the city about a high-rise and we saw that as being a deterrent to an entryway to the downtown, a shadow on the lake, and this way we can expand the lake property and give it a better use,” said Mark Line, a trustee of the Orlando Land Trust.

In just nine months, the trust raised more than $1.2 million from private donations.

“To ensure that there is a deed restriction so that this property can never be developed that it would be in perpetuity park space,” Sefcik said. 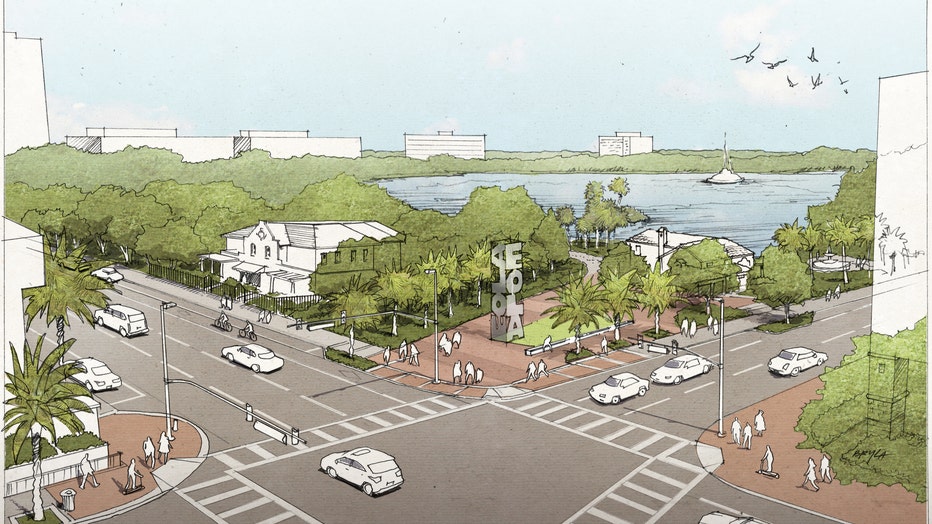 But what does the Orlando Land Trust say to claims that it is trying to hinder development and growth in Downtown Orlando?

“Well, I want to state very clearly that isn’t the case. It’s important to us for the community to understand that we are pro-development,” Line said.

“We’re in favor of development, but park space adds value to the other developers who are building here,” Sefcik said.

Once the land is purchased, the group will donate the land to the city to tear down the existing building and build the so-called gateway.

For more information on the project, visit the Orlando Land Trust's website.