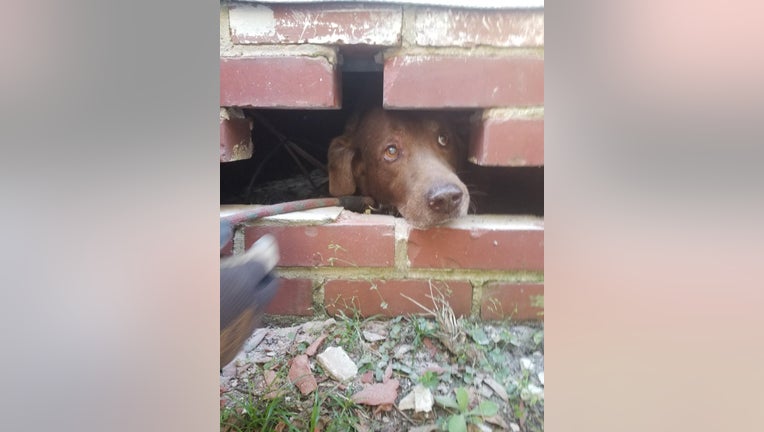 ORLANDO, Fla. - A lot of dogs get spooked by fireworks, but one, in particular, got stuck under a house trying to escape them.

The Orlando Fire Department tweeted a few photos of Ruddy who trapped himself underneath the crawl space of a home on Shady Lane on New Year's Eve.

Ruddy's owners say they couldn't find their precious pooch until Thursday when they found him under their home.

Fire Rescue officials say the crew of Engine 3 had to remove sections of brick to set the Ruddy free.

They said it was unsafe to crawl under the home due to wires, pipes, limited space and darkness.

With the help of a few treats and a leash, first responders were able to get Ruddy out safely.